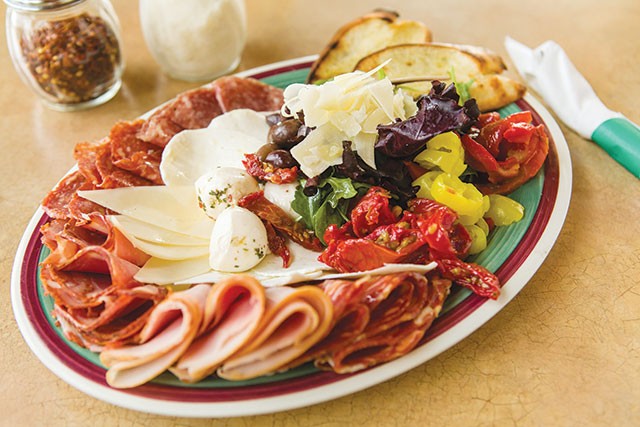 When it comes to delis and diners, San Anto has a ways to go. But in the meantime, you could do worse than checking out Fratello’s on Broadway. After opening its doors last summer, the eatery has quickly become a favorite among those looking for a casual, inexpensive lunch that still offers fresh and unique dishes.

Sure, Fratello’s carries a solid line of antipasti plates, seriously tasty salads and a plate of cheesy melenzane parmigiana al’ forno (or baked eggplant parm for the non-Italian speakers) or thick pappardelle bolognese, and yes, the pizzas are good, but don’t miss out on the deli sandwiches.

Served hot or cold, these panini are made using fresh-sliced cured meats (most available at the deli counter) and house-baked breads, along with other market goods (Fratello’s carries an extensive line of imported products that include canned olives, sauces, just about every shape of pasta and dainty lady finger cookies for your next tiramisu) and the results will have you coming back for more.

Current critics salivated over the freddi (cold) Napoli with Capocolla, ham, provolone, giant banana peppers, Romaine lettuce, sweet tomatoes red onions and a tart, oregano-laced vinaigrette; and the Tonno, Fratello’s take on tuna, was indulgent and rich with crisp celery, scallions and an added zing via capers and Kalamata olives.

Taking down one of these loaded sammies is a task worth trying, but save room for those house-made potato chips seasoned with grated Parmesan and a hint of crushed red pepper.

We’ll trade these sandwiches for a pizza pie any day. Now, that’s amore.