Denise Cantu Isn't the Reason Sen. Uresti is in Federal Court. He is. 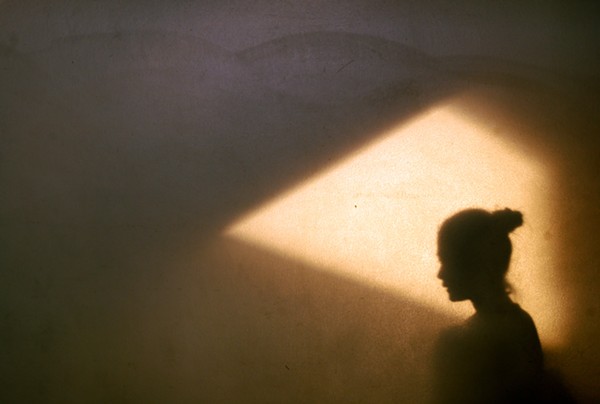 Cantu, the alleged victim of a massive financial fraud scheme for which Uresti is being tried for as a co-conspirator, is not being tried for a crime. But the three-day-long interrogation into the 38-year-old’s sexual relationships with both Uresti, 58, and his former business partner, Stan Bates, 45, would make any spectator think otherwise.

In the past week, the all-male defense and prosecution attorneys (aided by the court of public opinion) have used Cantu’s testimony to nudge her into the easy, outdated role of a vindictive, plotting and promiscuous younger woman — while all but ignoring the real reason she's been called to testify.

Let’s start with the facts. Cantu is a woman who, after surviving a traumatic car crash in 2010 that killed her 13-year-old daughter, 4-year-old-son, and their two friends, hired Uresti (a lawmaker and a personal injury lawyer) to sue the companies responsible for selling her faulty car tires. During this period of time, Cantu developed a friendship and romantic relationship with Uresti, although he’s denied the latter claim.

Cantu eventually won over $1 million in a settlement payout — a number that Cantu said was the largest amount of money she’s ever had in her life. That’s when Uresti, her trusted friend and legal advisor, allegedly asked her: “Are you ready to make some money?”

By 2014, Uresti had convinced Cantu to invest nearly all of her settlement, $900,000, into FourWinds, a company that sold sand to fracking companies in South Texas. According to her testimony, Cantu had no idea that Uresti owned a portion of the company, and would get a 10 percent commission from any new investors he brought in. She, like the other investors with the now-bankrupt company, also didn’t know that the FourWinds bank statements she was shown before investing were faked to make the company appear financially successful. Cantu lost $800,000 of her original investment when FourWinds filed for bankruptcy in 2015.

Uresti was indicted on 11 different federal charges, including bribery, wire fraud and money laundering, in early 2017.

Uresti didn’t work alone — FourWinds’ CEO Stan Bates also worked with Cantu to keep her dollars in the company when she began to question her investment. Bates, who pleaded guilty to eight felony charges involving fraud in January, also had a brief romantic relationship with Cantu.

In court, Cantu has been critiqued by attorneys for dating more than one man at a time. She’s been asked to re-read and elaborate on dozens of explicit text messages exchanged with both Uresti and Bates. News outlets have called her Uresti’s “mistress,” a term the AP Stylebook (the go-to style guide for U.S. journalists) axed in 2016, since there was no male equivalent of the word. Other publications described her relationship as “lurid” and “X-rated.” Members of the public have called Cantu a “whore” and a “skank” in Facebook comments, responding to news reports.

Uresti, meanwhile, is often referred to as "the Senator" in court.

On Thursday, Cantu was asked by the prosecution to fill in the blank of a text message she received from Uresti reading: “U want to see my big … ?”  She complied. The following day, Cantu fielded a litany of questions from Uresti's lead defense attorney, Michael McCrum.

To her right, members of the jury jotted down unseen notes on their steno pads. Sitting next to his lawyers, hands clasped tightly, Uresti watched their reactions. The next day in court, Uresti’s wife ‎Lleanna would attend the trial, sitting directly behind her husband with her eyes fixed on Cantu.

Uresti’s lawyers criticized Cantu for having a hard time recalling the timeline of her involvement in FourWinds. But with the vilification she’s received in the courtroom alone (paired with evidence that memory loss often follows severe trauma — like witnessing your kids die), her uncertainty comes as no surprise.

The dramatized re-telling of Cantu's sexual relationships with these men has made it dangerously easy to forget why we’re here: To determine whether or not a sitting state senator willfully engaged in a sloppy Ponzi scheme that lost investors (who trusted a longtime lawmaker’s financial guidance) hundreds of thousands of dollars.

Cantu having consensual sex with two men during the same period of time has only been a headline-grabbing red herring.

If found guilty, Uresti would lose his political career, law firm, and likely join Bates in federal prison. Regardless of the outcome, the trial has painted Uresti as a wildly irresponsible businessman — someone who trusted a con man simply because he had served in the military, ignored obvious financial red flags, and dismissed warnings from lawyer friends about the “shady” company. These errors, however, aren’t illegal.

If he walks free, the Democratic lawmaker described as an innocent, uninformed investor by his attorneys will return to the state Capitol to resume his duties as a member of the Senate Finance Committee — the legislative group charged with allocating the state's budget.

The Texas Democratic Party has declined to comment on Uresti's federal charges.

It's important to note that Uresti's also brushed off claims from former female legislative staffers that he's dished out “constant” sexual harassment, as reported by the Daily Beast.

Cantu doesn’t have the luxury to return to normalcy.

She’s lost her two young children. She’s lost her one shot at investing money to support her two remaining kids, a loss that may have inspired her to commit armed robbery in November. She’s likely lost her ability to trust any man. And, trial lawyers have made sure she's lost what dignity she had left in the courtroom.

Asked multiple times why she didn't initially tell investigators that she had been intimate with Uresti and Bates, Cantu repeated the same line: "I was ashamed and embarrassed."