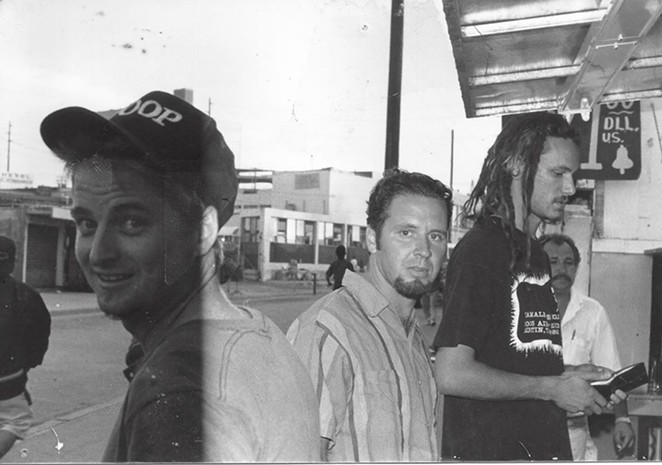 Cherubs, a band from the golden era of Texas underground rock, is back with a vengeance.


The noisy three-piece got its start in the Austin music scene of the early ’90s, playing shows alongside acts like Butthole Surfers and Drain, which actually was comprised of members of both bands.


The band broke up in ‘94, as it was starting to gain national attention, and wouldn’t reunite for almost 20 years. The reformed Cherubs made its debut with “Fist in The Air” on Soundcloud in 2014.


Now, Cherubs is heading down to San Antonio alongside Austin post-hardcore noise rockers Exhalants. Catch them both at Paper Tiger on Saturday, April 6.


Tickets ($12-$14) are not available yet, but check papertigersatx.com for updates.