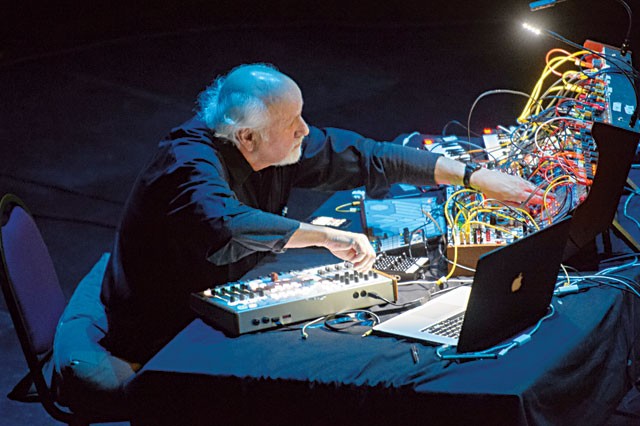 The year 1962 brought the beginning of the otherworldly modules of psychedelia. That year, circuit designer Don Buchla was commissioned to create a project for avant-garde composers Morton Subotnick and Ramon Sender for the San Francisco Tape Center. Together, they created the Buchla 100e, the first modular synthesizer. In 1967, Nonesuch Records released Subotnik's breakthrough piece, Silver Apples of the Moon. It was the first time electronic music was commissioned by a record label.

Subotnick was not only a composer of experimental music, but one of the field's most active advocates. In 1962 he co-founded and co-directed the San Francisco Tape Center (with Houston accordionist/composer Pauline Oliveros) and became the Associate Dean of Music at CalArts from its first year in 1970 to 1974, where he taught alongside other progressive artists such as Judy Chicago and Nam June Paik. Subotnick has mentored many artists who continued the avant-garde, including the likes of electronic musician Laurie Spiegel (read story at sacurrent.com).

"I met [Subotnik] in '72 when he was a young composer," musician, multimedia artist and director of Urban-15 George Cisneros told the Current. "We just started bumping into each other at festivals, and in the early '80s we started talking and I said, 'Someday I really hope to bring you to San Antonio.'"

So in 1986, Cisneros and David Hykes (from the voice ensemble Harmonic Choir) convinced Subotnick to perform in San Antonio at the San Fernando Cathedral with the Harmonic Choir as the opener. The concert was a feat because, moments before Subotnick was set to perform, a freak South Texas storm occurred, knocking out the power to the cathedral. The vocal ensemble was able to perform without mics, but Subotnick's performance required power. After a brief intermission, the power went back on and Subotnick performed a piece called "Key of Songs."

Subotnick will be traveling back to the Alamo City to do a live performance of "From Silver Apples to a Sky of Cloudless Sulphur: Revisited: A Cosmic Journey in Analog Synthesis." He will be performing three nights, February 21-23 at Urban-15 in honor of his 80th birthday (there will only be 80 seats reserved for each night). Subotnick will recreate Silver Apples of the Moon using the Buchla 200e, the latest version of the synthesizer, as well as tracks from his other albums. At 2 p.m. on Saturday, he will also hold a Composers Forum.

From Silver Apples to A Sky of Cloudless Sulphur: Revisited, A Cosmic Journey in Analog Synthesis