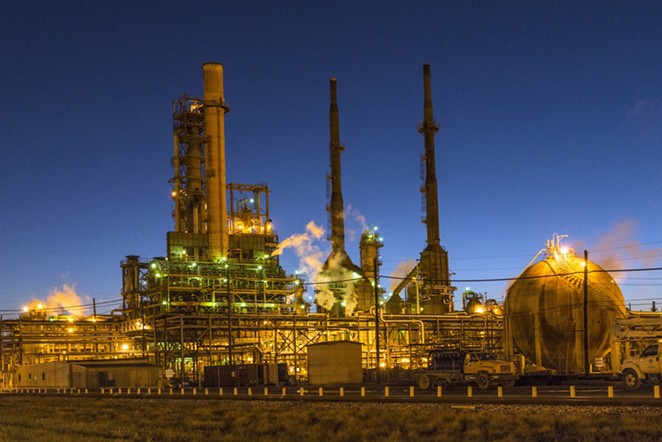 The suit will allege that the refiner spewed out 1.8 million pounds of unauthorized pollution over the past five years in hundreds of separate "emission events" detailed in its own compliance reports.

Environment Texas, Sierra Club and the Port Arthur Community Action Network said they counted more than 600 violations of hourly and annual limits on emissions from the refinery during that time. Those included sulfur dioxide, volatile organic compounds, hydrogen sulfide and other air pollutants.

Valero did not respond to immediate requests for comment.
“Valero’s Port Arthur Refinery has a poor compliance record even when compared to other Texas oil refineries, spewing out millions of pounds of dangerous pollution into surrounding neighborhoods,” Environment Texas Executive Director Luke Metzger said in a press statement. “Port Arthur residents deserve better.”

As recently as two months ago, the plant released more than 100 tons of sulfur dioxide and tons of other pollutants during a 36-hour-long emission, the groups charge.

The environmental groups have 60 days in which to file a suit in U.S. District Court in Beaumont. It would be the fifth brought by Environment Texas and Sierra Club since 2008 against refiners and petrochemical companies operating along the Texas Gulf Coast.