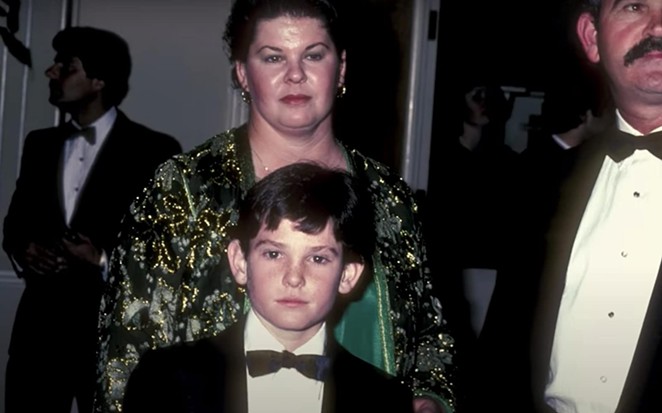 HBO Documentary Films
Director Alex Winter turns the camera on several actors, including San Antonio native Henry Thomas, to speak candidly about their experiences working in Hollywood as children in the new documentary Showbiz Kids, which debuted on HBO Tuesday.

In the film, Thomas, who was 10 years old when he auditioned for the role of Elliott in director Steven Spielberg’s 1982 sci-fi classic E.T., talks about his early career and all the emotions that came with being one of the most sought-after child actors in the business.

Thomas reveals in the doc that after the success of E.T., he felt like his mother Carolyn, “resented [him] for years” for having to be the parent who took him to auditions until he was 17.

“When you’re a kid, you don’t really think about what everybody else has to do to accommodate your burgeoning film career,” Thomas said.

Archive footage also shows Thomas’ mother talk during an on-camera interview about the money her son was making as a child star.

“What people don’t realize, no matter how little or how much money that the child makes, it is the child’s money,” she said. “It’s not our money.”

Thomas said that his mother was “coming from a place of ignorance” about the film industry, which caused her to always believe people were trying to take advantage of their family.

Universal Pictures
Thomas also spoke about how going to school was the hardest thing about working at such a young age. Unsurprisingly, not all kids are nice – even if you’re a big movie star.

“[Kids] called me Hollywood or E.T.,” he said. “I had been designated as being that guy. I was always gonna be that guy. I just [wanted to] have friends and go to school and do normal things.”

While Showbiz Kids is mostly about the negative side of working as a child actor, there are a couple of lighter and funnier moments, too. For example, Thomas reminisces about the first time he met fellow child actor Drew Barrymore on the set of E.T.

Thomas, who reunited with E.T. last year for an Xfinity commercial during the holidays and was last seen on the Netflix horror series The Haunting of Hill House, calls his time as a child actor a “funny dance.”

“It hits you all at once,” he said. “Emotions for me as a kid were so overwhelming and palpable – that sense of pressure. You have to perform now.”

As a parent, Thomas said he does not want his own kids to pursue becoming child stars.

“It takes a kid out of their world,” he said. “It’s nice to be a kid. It’s nice to have a childhood … completely unto itself.”