Fake It Till You Make It: JT Leroy is a Knotty Narrative with Effortless Performances By Laura Dern and Kristen Stewart 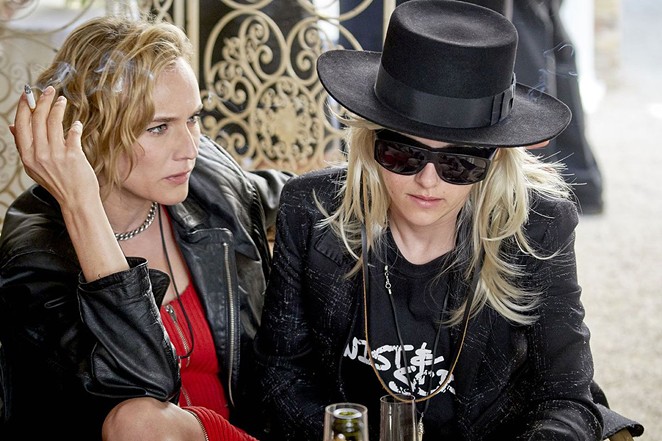 When reflecting on the 20-year career of actress Kristen Stewart, if the only films that come to mind are the five corny movies that make up the Twilight franchise she starred in from 2008 to 2012, someone needs to brush up on their Stewart filmography stat. After cashing her checks for the handful of supernatural tween dramas, Stewart has become somewhat of an indie darling with fantastic performances in films like Clouds of Sils Maria, Certain Women and Personal Shopper. If those don’t sound familiar, search them out as quickly as possible.

In her newest indie drama JT Leroy, Stewart isn’t given as much to work with in character as the aforementioned films, but it’s still another example of her continued success in shaking off the labels and expectations Hollywood tried to attach to her a decade ago. While the films she’s making now aren’t affording her invitations to the MTV Movie Awards any longer (insert eye roll here), Stewart is assembling an impressive post-Twilight catalog any actress in the industry would kill (or at least fall in love with a vampire) to have.

Based on a strange, real-life story, JT Leroy is further proof that Stewart is making solid decisions as an actress. She stars as Savannah Knoop, a shy, young introvert who leaves home and moves to San Francisco to be closer to her brother Geoffrey (Jim Sturgess) and sister-in-law Laura (Laura Dern), both trying to make it as musicians on the West Coast. Writing lyrics, however, isn’t all Laura does. She also writes novels under the pseudonym JT Leroy, a fictional author she fools readers and the media into believing is publishing personal stories about his sobering experiences traveling on the road with his prostitute mother.

Laura persuades Savannah to join her game of deception when she asks her to play the notoriously elusive JT during a photo shoot for a magazine. Soon, photo shoots turn into interviews and press conferences and trips to Europe to meet with people, including Eva (Diane Kruger), an actress and director who wants the rights to adapt JT’s book into a movie.

As Savannah and Laura, who pretends to be JT’s British handler Speedy, get deeper into the insane lies they are creating to sustain their celebrity status, JT Leroy writer and director Justin Kelly (I Am Michael) does his best to keep the knotty narrative from twisting in too many directions. Stewart plays to her strengths as the awkward and androgynous title character and the initially reluctant Savannah who portrays him, but it’s Dern’s double-duty endeavor as the carefree and conniving Laura and JT’s overprotective manager who gives the film its true identity.