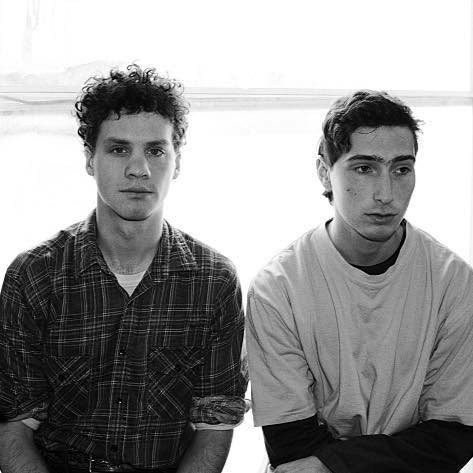 Whitney’s Light Upon the Lake is the most earnestly and desperately romantic record to grace indie rock in recent years — at least since Japandroids went into hiding in 2012, doing whatever Canadian, patriotic, summery things they’ve chosen to do since releasing the dopest pop-punk noise rock known to man. The duo of guitarist Max Kakacek and drummer Julien Ehrlich, Whitney have penned a soft, charming effort for those who wake up hungover and think ‘everything is gonna be alright.’ It’s all “Golden Days," and “morning light” and “drinking on city trains.” The album cover is a branch of a rose bush in muted colors.


It’d all be too much if it wasn’t so perfectly orchestrated. With gilt flourishes of trumpet and guitar solos that can only described as kickass, the album ebbs and flows remarkably, showing off subtle layering on acoustic cuts and tasteful restraint on their forays into straight-ahead rock ’n’ roll.

Despite their youth, Whitney’s principals have a great deal of experience to their names. Ehrlich, singing in a unique, not-quite-falsetto, was the drummer for the crackling psych-funk band Unknown Mortal Orchestra. Kakacek played guitar in Smith Westerns, a glam-garage band that burned out brightly and quickly, much like their icon in the genre Marc Bolan. I caught a very early Smith Westerns in Austin in 2009 — Kakacek and singer Cullen Omori were a bit too big for their stonewashed denim britches and oversized t-shirts, making a few wrong turns in their short set. Still, it was obvious that the teenagers had talent, a fact proven over their course of three, increasingly fidelitous records together.

It’s a sloppy autopsy to try and parse out whose ideas are whose after a band’s breakup, but let’s go for it anyway. Omori brought an androgynous sex appeal to the stage, with a hair-in-your-eyes angst that was hard to look away from. Kacek brought the licks, busting out huge, chorus-heavy, teased hair, tight pants rock ’n’ roll. On Omori's solo record New Misery, the 'tude doesn’t work quite as well in the context of New Wave, the guitar traded for the keyboard as the instrument of note.

In Whitney, Kacek still rips, making Light Upon the Lake a must-hear for anyone who likes big guitar solos in small settings. In San Antonio on Saturday, it’ll be a thrill to see how the band brings energy to something of a quiet record. With the talent displayed thus far, it shouldn't be a concern.