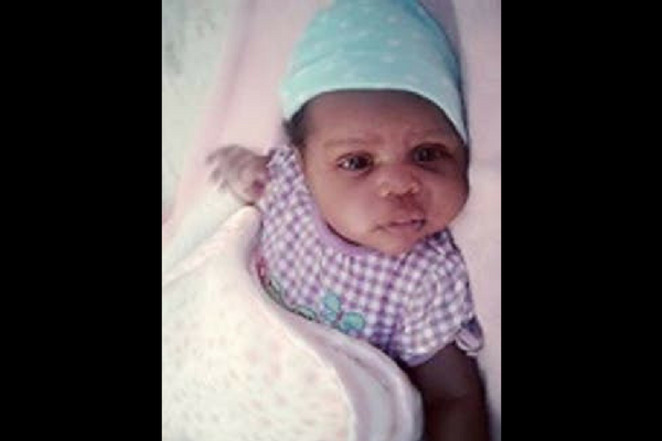 Houston Police Department
Shamali Flores
Police located the father of a missing 6-week-old baby on Wednesday in San Antonio — but the baby, whose mother was found stabbed to death in Houston, is still missing.

An Amber Alert, including the description of her father’s 2000 Blue Toyota Celica, was issued on Tuesday night for baby Shamali Flores, who police have been unable to locate since they found her mother, Carolina Flores, stabbed to death in her Northeast Houston apartment, according to homicide detectives.

Authorities had been trying to locate the baby’s father, Marcos Mariano Thomas Palacios, as a person of interest, suspecting Shamali might have been with him. But when police located Bernardez in San Antonio, he denied any involvement in the stabbing, and Shamali was not with him.

Carolina moved to the U.S. from Honduras around five years ago, and has two other children, her family told KSAT.

Shamali was born on November 8, has black hair, brown eyes, is approximately 30 inches tall and weighs 20 pounds. Anyone with information about her kidnapping or her mother’s death should contact the Houston Police Department at (712) 308-3600.

Correction:
This story has been edited to reflect the correct spelling of the baby’s first name, Shamali, and to correctly identify her father as Marcos Mariano Thomas Palacios, who was originally identified by police as Thomas Bernardez.