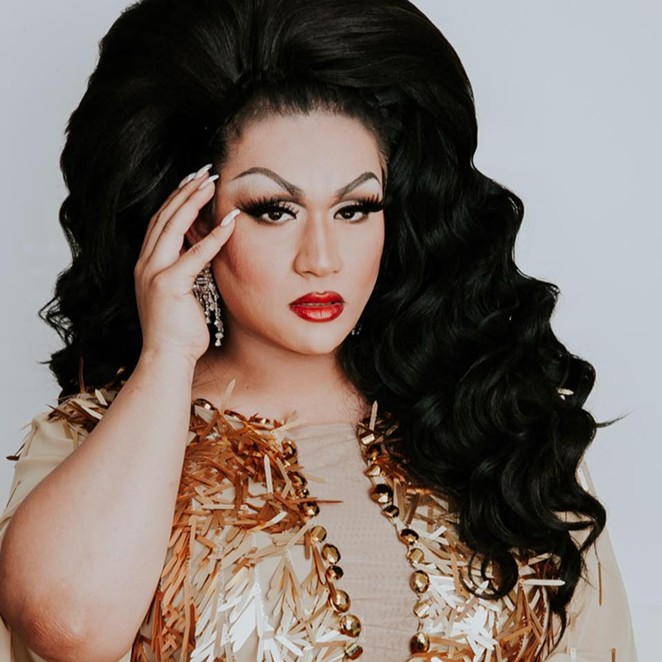 And while yes, it does get crazy, there's more to it than eating meat on a stick or swilling overpriced beers. There's music. Lots of music. And some of it's worth checking out.

Here are five must-see Fiesta shows you might enjoy:

Warren G
Friday, April 12
Few songs like Warren G’s “Regulate” define a generation, and the track did almost as much as those dropped by Snoop Dogg and Dr. Dre to put LBC on the map. It’s not like we’re telling you to roll down your windows and drive around downtown smoking a fat blunt to this song, but if you did, I mean, who could blame you? If that's not your thing (or even if it is), you can bet Warren G will play "Regulate" when he takes the stage at Oysterbake. Plus, he's a living legend from an era in hip-hop that was way more gangsta than these lil whatever’s rolling around. $23-$157, 9:45-10:30, Oysterbake, 1 Camino Santa Maria, (210) 436-3324, oysterbake.com.

Celebration of Traditions Pow Wow
Saturday, April 13
While this obviously isn’t your traditional pop concert, the Celebration of Traditions Pow Wow is an opportunity to experience Native American music and dance in an environment that's welcoming to non-American Indian people. The event is presented by the United San Antonio Pow Wow, whose mission is to “provide Indian people the opportunity to participate, practice, teach and exchange tribal traditions among tribes, to enlighten the non-Indian about the history and culture of America’s first inhabitants, and dispel stereotypes created about the American Indian.” Free, 11am-4pm, Woodlawn Park Gym, 1103 Cincinnati Ave, unitedsanantoniopowwow.org.

Ada Vox
Friday, April 19
If you weren’t watching San Antonio’s Ada Vox absolutely slay her way to the top ten finalists on last season’s American Idol, well, what the hell were you doing? The singer, who graduated from South San High School, was the first drag performer to ever compete on the show, and beginning with a chilling rendition of Radiohead’s “Creep” to closing out with The Lion King’s “Circle of Life,” Vox’s fierce looks and jaw-dropping vocal talent were on full display. She even earned a shoutout from the most famous drag queen on the planet, Rupaul herself. Don't miss the stunning songstress as she returns to her hometown for this year's Webb Party. $75-$175, 7-11pm, The Aztec Theatre, Webb Party, 104 N. St. Mary’s St., theaztectheatre.com.

Henry Brun and the Latin Players
Friday, April 26
Combining elements of Latin Jazz with the Cuban and Puerto Rican traditions of Salsa music, Henry Brun and the Latin Players are a force to be reckoned with. For thirty years, the outfit has doused San Antonio audiences with eclectic, high-energy music. Testament to the power of their music, Brun and company have graced stages of some of the biggest venues in the city, including the Tobin Center, the Empire Theatre and Aztec Theatre. Free, 9pm, Fredstock, 1819 N. Main Ave., fredstocksatx.com.