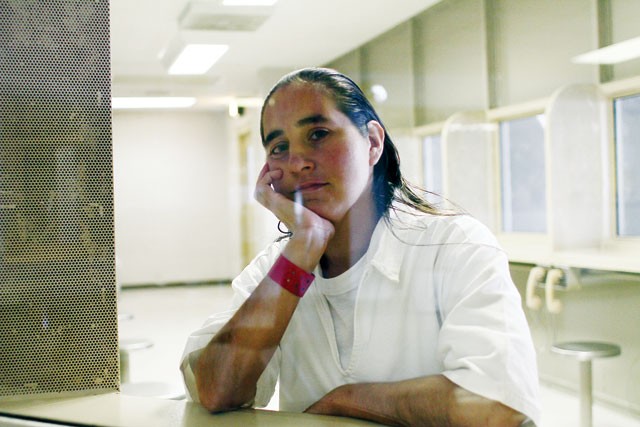 Anna Vásquez is still a prisoner of sorts. Paroled in November after 13 years behind bars, Vásquez was the first of her friends to re-enter the outside world. But her life is still dictated by damning allegations made two decades ago, when Vásquez and her three friends were accused and ultimately convicted of brutally molesting two young girls. Now a registered sex offender, authorities tell Vásquez when and where she can travel. She can't be around children under 17, including family members.

But there's mounting evidence Vásquez — and Elizabeth Ramírez, Cassandra Rivera, and Kristie Mayhugh — are innocent. Their charges came in the mid 1990s, at the tail end of the satanic ritual abuse scare, a modern-day witch hunt. Their sexuality (all four were lesbians) was flaunted at trial, and Nancy Kellogg, the local medical expert who examined the victims, expressed her worries the abuse was "satanic-related." Other experts who have reviewed the forensics Kellogg presented at trial have said the established science, both then and now, simply does not support her findings that the abuse occurred.

The San Antonio Four, as they're known, now have the Innocence Project of Texas in their corner. Last year, one of the "victims" recanted, telling IPOT lawyers and Austin filmmaker Deb Esquenazi, on camera, that she was coerced and threatened into making up the whole story.
Indeed, the girl's recantation is one of the more powerful clips in Esquenazi's arsenal. For nearly a year Esquenazi has followed the women's case, interviewing them in prison and following the developments as they unfold.

It could be years before the women's case, or Esquenazi's film, comes to a close. But for now, Esquenazi is holding work-in-progress screenings of the ongoing project. For CineFestival this year, she'll screen about 45 minutes of footage and close with a panel discussion with the women's IPOT lawyers.

Anna Vásquez hopes to attend, Esquenazi says, if the authorities approve it.