Finger Lickin’ Good: Super Size Me 2: Holy Chicken! May Be Gimmicky, But Morgan Spurlock Succeeds as a Showman 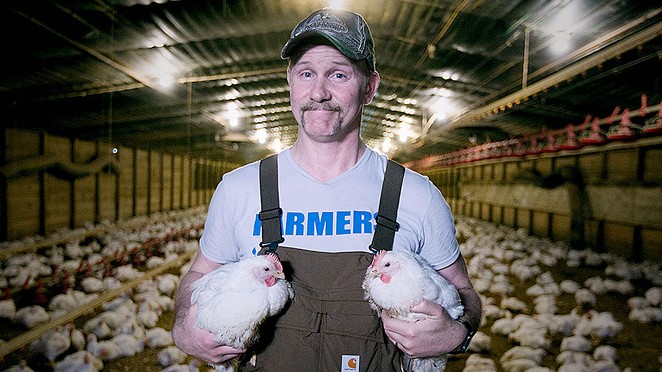 As the Chick-fil-A vs. Popeye’s chicken sandwich debate rages on, Oscar-nominated filmmaker Morgan Spurlock (Super Size Me) has inadvertently found his way into the center of the fast-food feud with the release of Super Size Me 2: Holy Chicken! The sequel brings Spurlock back for seconds, this time setting his sights on the innerworkings of the fiercely competitive U.S. chicken industry.

Of course, Super Size Me 2 is a follow up to Spurlock’s well-received original documentary that delivered a gut punch to hamburger titan McDonald’s when it appeared in theaters 15 years ago. Six weeks after the first film’s release, McDonald’s eliminated the option to supersize its meals. Fast-food chains went into defense mode, realizing consumers were starting to demand healthier menu options. In a sense, Super Size Me did to fast food what the 2013 documentary Blackfish did to SeaWorld. It made patrons feel guilty for going — and sometimes that’s all it takes.

In Super Size Me 2, Spurlock sticks to his gimmicky presentation style, but it’s one that fits his personality and talent. What’s more, it’s entertaining as hell. PETA activists probably won’t be amused by a slow-motion scene showing baby chicks being tossed into bins as “Waltz of the Flowers” from The Nutcracker Suite plays in the background. However, most viewers will be hard-pressed not to smile. Note: Super Size Me 2 isn’t a doc about the plight of chickens, just so we’re clear.

In Spurlock’s first film on fast-food franchises, he went on an all-McDonald’s diet to demonstrate how harmful it can be to eat Quarter Pounders every day. Here he takes a different approach. Spurlock makes it his mission to open his own fast-food chicken restaurant in Columbus, Ohio, and follow a farm-to-table process. The process reveals just how vindictive and manipulative the system can be with chicken growers who step out of line.

It’s not always a pretty picture — the chicken autopsy scene, for example, is a little bizarre — but Spurlock uses humor and buckets of information to hammer home his message. Comedian and TV host John Oliver called attention to the same issue during a 2015 episode of HBO’s Last Week Tonight, but in film form, Spurlock has more free range to fool around and make things fun.