Flavor File: Good news for Hot Joy, new owner for Cockasian Food Truck and how to audition for MasterChef 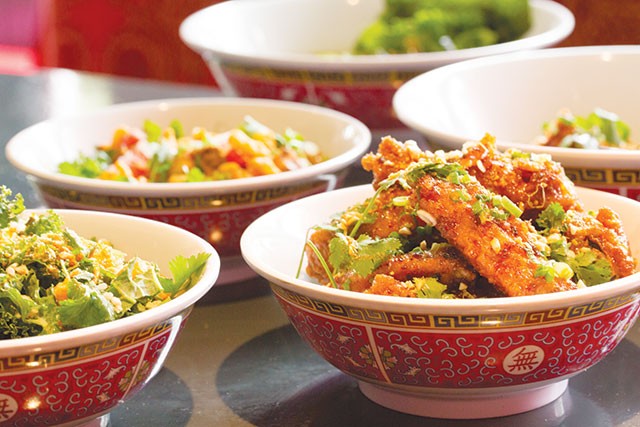 Casey Howell
Yes, you can still enjoy the wings

Getting into Hot Joy (1014 S Alamo, (210) 368-9324) these days will be slightly trickier. The Southtown eatery was named the No. 7 best new restaurant in the country by Bon Appetit food and drink editor Andrew Knowlton for being part of a “growing subgenre of ethnic cuisine (see: Mission Chinese Food and Mott Street) that, when executed with passion and skill, rewards the pleasure center of the brain just as much as some preciously foraged $100 tasting menu.” While the restaurant does take reservations, they do hold half the tables and all of the bar seats for walk-ins so diners can still stop in for an impromptu dinner of ramen and twice fried chicken wings…or the migas fried rice…or the lamb dan dan noodles…you get the idea.

In more Asian food news, Cockasian Food Truck is under new ownership after being put up for sale this summer by original owner Candie Yoder. Taps y Tapas executive chef, Luciano Valadez, is adding the food truck to his résumé (which includes previously owning and running TexAsada food truck, along with a five-year stint opening P.F. Chang’s and Pei Wei locations across the state). Fans can expect to find an entirely new menu with pan-Asian recipes produced by Valadez and his team, including Asian steamed buns, Korean fried chicken, an edamame salad and Korean barbecue tacos.

Fans of being yelled at by chef-hellion Gordon Ramsay can audition for the Season 6 of Fox’s MasterChef Saturday, September 20 inside the Embassy Suites Riverwalk (125 E Houston), from 10 a.m. to 6 p.m. Interested cooks will be given three minutes to plate and present their dish (which must be prepared ahead of time); visit masterchefcasting.com to register.

San Antonio Restaurant Week could not be contained to a mere seven days. More than a dozen joints decided to extend their menu for another week, including Arcade Midtown Kitchen, Boiler House (although there are a few caveats), Kirby’s Steakhouse, Zedric’s, Tre Trattoria Alamo Heights, Umai Mi, Tuk Tuk Tap Room, Texas de Brazil, Morton’s The Steakhouse, Ruth’s Chris and The Frutería. Biga on the Banks will extend the menu through this Thursday, August 28. Visit culinariasa.org for more details.

Durty Nelly’s (200 S Alamo, (210) 224-3343) is turning 40 with an Anniversary Week celebration from Monday, September 8 through Sunday, September 14. Patrons can look forward to piano sing-a-longs, Irish beer tastings, a kilt night, and special lunch and dinner plates. Or stop by on Wednesday for a St. Patrick’s Day Practice party for green beer samples. A portion of the proceeds will benefit Club 100 of San Antonio, a nonprofit that helps support dependents of firefighters and law enforcement officers killed in the line of duty.