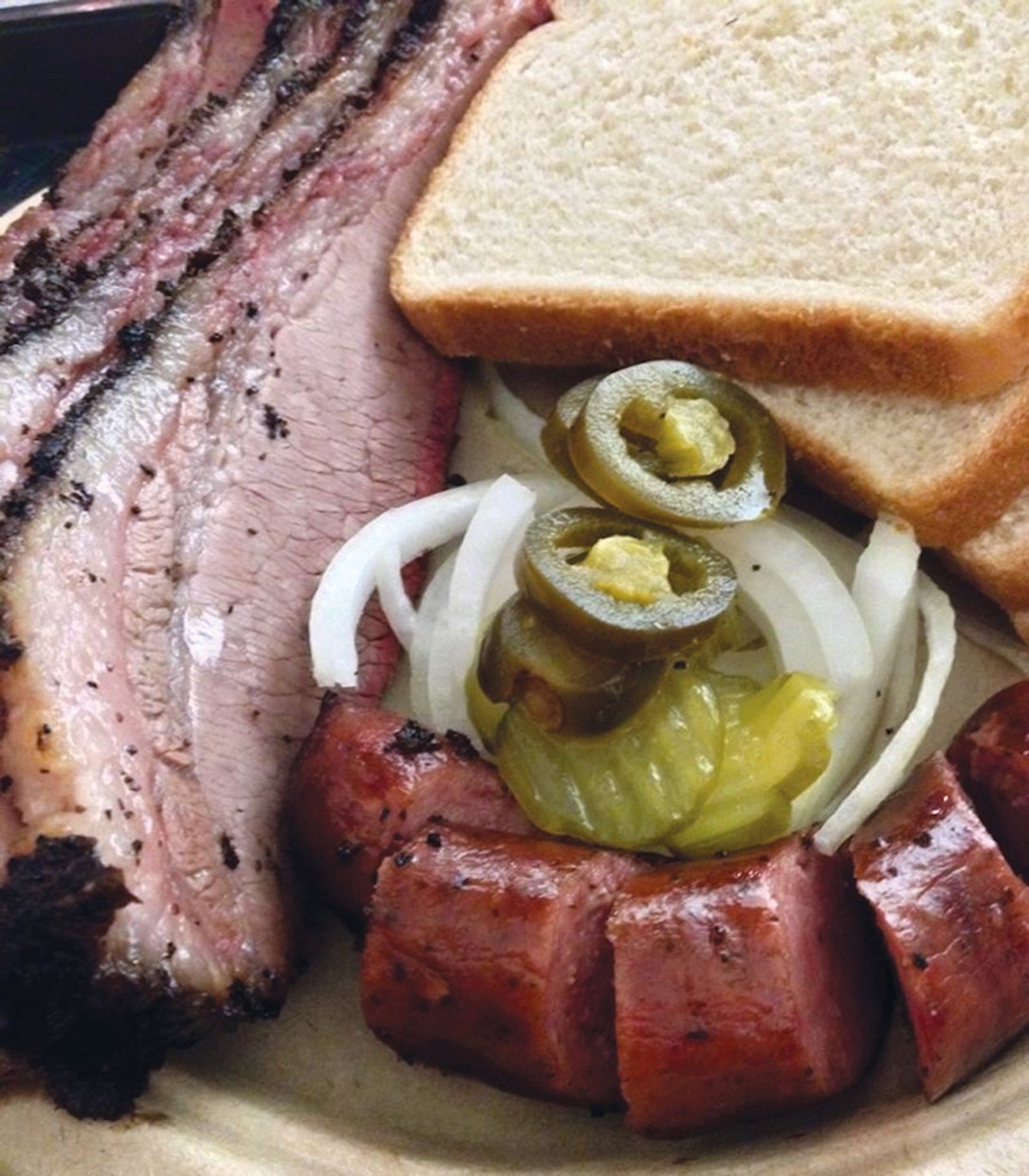 Stop reading now vegetarian and vegan readers — it's time for Meat Week San Antonio. The fourth local iteration of this nationwide celebration of all things carnivorous is back starting January 31 at 2:30 p.m. with a kickoff party at the new B-Daddy's BBQ (14434 Old Bandera Road, Helotes). The week will also include stops at Harmon's Barbecue (100 S. Main St., Universal City) Monday at 6:30 p.m.; followed by dinner at newly opened Burnt Ends (1725 Blanco Road) on Tuesday at 6:30 p.m.; Wednesday dinner at Southside Bar B Que (6020 S. Flores St.) at 6:30 p.m.; a stop at Dignowity Meats (1701 E. Houston St.), which recently opened for dinner, on Thursday at 6:30 p.m.; and Kings Hwy Brew & Q (1012 N. Flores St.) helmed by Emilio Soliz, formerly of Sweet Christie's BBQ truck on Friday at 6:30 p.m. The weekend ends with parties at The Point Park & Eats (24188 Boerne Stage Road) with Señor Pinky's food truck Saturday at noon and a Super Bowl party on Sunday, February 7 at 3 p.m. at Alamo Ice House Brew & BBQ. Meat up (pun intended, of course) with the group for specials and meat-loving camaraderie.

Mardi Gras is almost upon us and you can start celebrating Thursday, February 4 at 5 p.m. with The Friendly Spot Ice House (943 S. Alamo St.) as they host a pint night with Abita Brewing Company, based out of Louisiana. Visit with reps from the brewery and sign up for a chance to win a Mardi Gras experience in 2017.