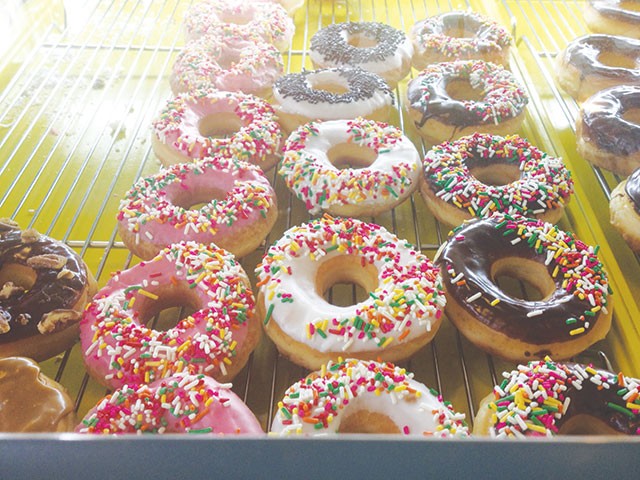 Downtown just got a little sweeter with the opening of Vinny’s Donuts (124 Broadway, (210) 314-1781) inside the old Taste Crepes location. Unlike its predecessor, Vinny’s is bringing back the certain charm that was lost when Twin Sisters Bakery vacated the space. Vinny’s has a bit of everything—they’re serving up fritters, donuts, croissant sammies, coffee and bubble tea along with canned and bottled beverages. Prices are fair and the hours are very accommodating with the shop opening 6 a.m.-6 p.m. Monday-Saturday and 7 a.m.-5 p.m. on Sundays.

Chef Johnny Hernandez released details on the next Corona Paella Challenge at the Pearl, which turns out deliciously creative takes on the Spanish rice dish in mere hours. This year’s saffron-tinged challenge will be held Sunday, March 9 from 11 a.m. to 4 p.m. Tickets are available now ($25 general admission under 21, $50 for adults) at paellachallenge.com.

In other Pearl news, The Granary (602 Avenue A, (210) 288-0124) will open at 4:30 p.m. daily for bar service. Chef Tim Rattray will offer a small “sustenance” menu with grit fritters, Texas toast, cheeseboards, and other favorites ($6-$15) and a collection of house-brewed beers, guest taps and two wine options (a Yalumba Vermentino and a Guerilla Zinfandel).

Fans of the Grilled Cheese Truck (very mobile, (512) 605-6003) can now enjoy more heat in their sandwich. The truck has added several new items including a sweet sriracha chicken melt, a goat cheese melt with roasted butternut squash, a pretzel melt (pretzel buns just won’t go away!) and a roasted brie melt with double-cream brie. Grilled cheese is great and all, but I’m excited to try the cheesycake melt, a new dessert option that combines cheesecake filling, raspberry preserves and Oreo bits on an Oreo brioche.

A new food truck is hitting the streets via chef Ryan Torres, who has experience in several kitchens including Restaurant Gwendolyn, the Monterey, Citrus and Cured. Manna Peasant-Style Provisions will make its pop-up debut on Valentine’s Day at the Mixed Media Group (718 N Cherry, (210) 385-8238). Dinner will be served prior to the group’s Ex