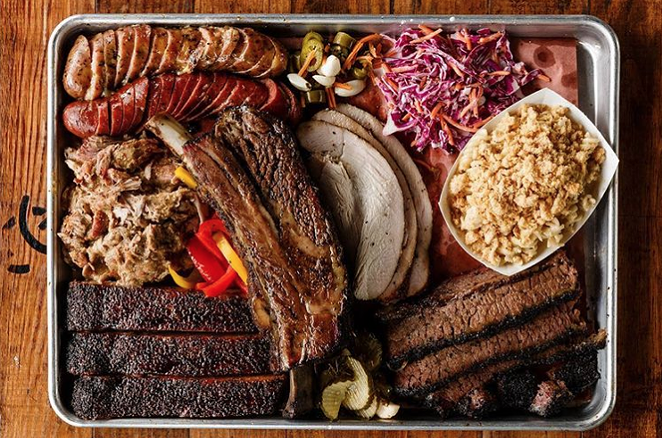 Food & Wine published its list of food destinations for 2019, and not only did San Antonio get a shoutout, but it also placed pretty damn high on the list.

The editorial team at Food & Wine named the Alamo City as the fourth-best city to head to next year, beating out contenders like Philadelphia and Seattle. New York City didn't even make the list (though the state of New York did get a nod).

A number of reasons explain San Antonio's high ranking. The F&W editors wrote that S.A. is on a "growth tear" that has led to "new food, new makers, new restaurants, and plenty of them." While recognizing that the Alamo City has a lot to offer foodies and booze hounds, the staff noted a few standouts that are must-try for those traveling to the 2-1-0.

The editors called pitmaster Esaul Ramos' 2M Smokehouse "one of the most forward-looking barbecue joints in a state that's never short on the stuff." The staff also loved Alex Paredes' Carnitas Lonja, raving about the year-old restaurant's Michoacan-style carnitas. For dessert, F&W recommends La Panaderia, "the new-wave bakery from two entrepreneurial Mexico City expats, where we are reminded that there's nothing quite so irresistible, baked goods-wise, as a proper concha."

San Antonio was beat out by one Texas city — Houston, which ranked second. Oakland came in right before S.A. with Los Angeles taking first place.

Still, what made San Antonio most special is that it continues to grow without erasing the culture that's so essential to what the city is all about. As F&W put it:


As Austin continues to see astounding growth, becoming an increasingly scrubbed-up version of its weird old self, San Antonio offers an excellent reminder, at least for now–you can grow, and you can grow a great deal, without wiping out what was there before. Let's hope that holds.