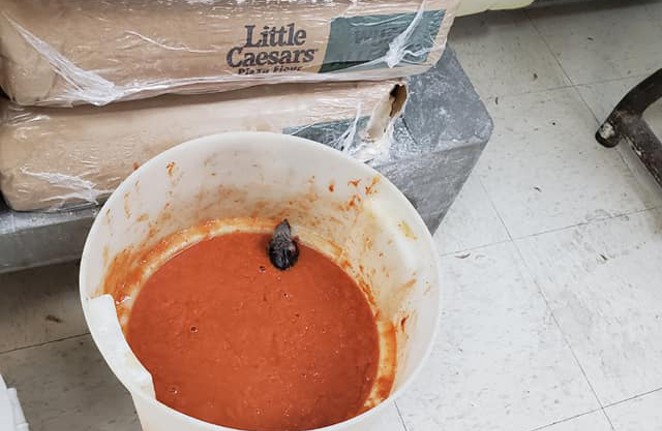 In the lengthy June 12 post, Estrada said he walked away from his position at the Little Caesars at Nogalitos and Division roads after his staff had been expected to kill, trap and dispose of the rodents.

Media relations staff at Little Caesars' Detroit headquarters said the photos are outdated, adding that the store's individual owner has since made major upgrades to fix the problem.

In his post, Estrada said his employees were mainly high school-age kids new to the workforce. He added that he was concerned they were being taken advantage of because of their youth.

“[The chain] just expected all my employees and me to kill them … because [they’re] young, they take advantage,” the posts reads. 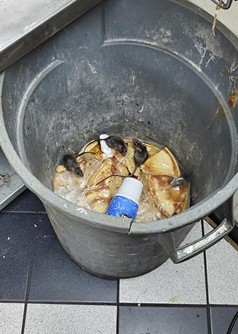 A collection of grisly photos accompanying the post appear to show a rat languishing in a container of pizza sauce and multiple rodents feasting on a trash-can smorgasbord. In a particularly difficult-to-watch video clip, a rat appears to be convulsing and crawling across the floor.

While one photo purports to show a report from San Antonio Metropolitan Health District that temporarily closed the restaurant in April, the Current was unable to confirm its authenticity at press time.

A phone call to the store Tuesday confirmed that it is open.

"The health department has since been to the location, and the city approved the reopening on June 2nd after the significant reconstruction," company spokeswoman Proctor said in her statement. "Corporate is continuing to monitor the location to make sure it meets our high safety and quality standards."