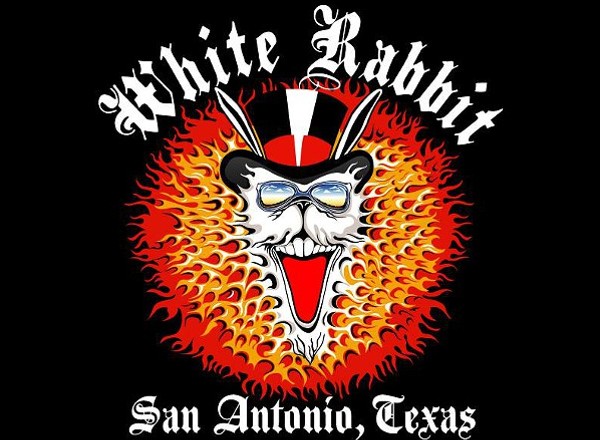 A former promoter for the White Rabbit is asking a Bexar County court to file a temporary injunction barring the sale of the music venue in a lawsuit filed on October 18.

Earlier this summer, Sciaraffa announced that the venue would be sold to restaurant owner Chad Carey, whose real estate group owns Barbaro, The Monterey and Hot Joy.

Holt alleges that the Rabbit's owners entered into an agreement with her where she would have a 25 percent stake in the company for her work as a promoter.

According to Holt, Sciaraffra and Moore attempted to sell the company without disclosing the sale "for their own personal gain without compensating Plaintiff for the monies and work she had performed in good faith under the contract, consistent with the twenty five percent (25%) interest to which she was lawfully entitled."

Holt said her contract was breached, and claims she was bullied and intimidated when she sought payment.

"Despite refusing to pay her, Defendants insisted that Plaintiff continue to honor her work operations under the Agreement at the White Rabbit, but refused to pay her compensation for the work she performed," the lawsuit alleges. "Instead, Defendants engaged in demeaning subversive bullying tactics and unreasonable behavior to create an atmosphere of hostility and abuse, aimed at perpetrating further fraud against Plaintiff."

And so Holt quit, according to the lawsuit.

"As a result of the Defendants' negligent, unreasonable and outrageous behavior, their efforts to avoid their obligations caused severe damages to Plaintiff including anxiety, insomnia, emotional trauma and severe stress," according to the lawsuit. "As a direct result of Plaintiff's constructive dismissal, she continues to incur damages in now being forced to find alternative employment to maintain a livelihood, which Defendants have injured without recourse in the interim."

Holt also claims that her social media accounts were hacked.

"Defendants have taken steps to obtain access using fraudulent and/or illegal means by hacking into Plaintiff's Facebook and Instagram accounts, successfully gaining access to said platforms, manipulating Plaintiff's account for their own personal gain," the lawsuit alleges. "Due to Plaintiff's accounts being hacked, she has been unreasonably prevented from accessing the White Rabbit social media accounts which she was legally entitled to use, further being unlawfully prevented from operating the social media aspects of the White Rabbit business, or any other aspect of the business to which she is legally entitled and/or owns and equitable interest under the Agreement."

Holt demands a jury trial and is seeking damages, along with an injunction preventing the completion of the sale.

"Plaintiff will suffer imminent, irreparable harm for which no adequate remedy at law exists if Defendants are not enjoined from these actions. Specifically, Defendants are attempting to sell the underlying business of the property along with the sale of the property itself," according to the lawsuit. "Due to the conflict of issues enumerated above, the sale of the property and the actual ownership of the business itself and the real property situated at the 2410 North St. Mary's cannot be extricated from one another. Plaintiff presently has no adequate remedy at law."

According to Holt's Facebook page, she is a senior promoter at Twin Productions, which recently pulled all of its bookings from the White Rabbit, and co-owner of the Rabbit.

"Beginning today, I am no longer the Operations Manager of The White Rabbit. If you need to contact the White Rabbit, please go to the venue directly," Holt said on September 22 in a Facebook post. "I will continue to work on shows in the San Antonio market, and hope to see you all again soon. Thank you for the wonderful 12+ years, but this decision is what I believe to be best for both the White Rabbit and me at this time."

We called The White Rabbit to try and speak with the owners, but the voicemail box was full. So if the owners are reading this, please send me an email because we want to hear your side of the story. In the meantime, we'll keep trying.