Fresh Snow: Several Possibilities for the Reincarnation of the Bastard of Winterfell, Jon Snow 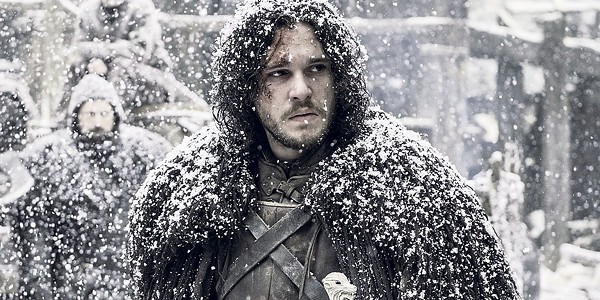 HBO
Do you really think Jon Snow is dead? Me neither.
I don’t know anything you don’t. The bizarro Medieval drama that has further silenced Sunday nights into a national ritual of HBO and awe didn’t release any screeners for critics, so, just like you, I’m left in the dark, out in the cold.

Our protagonists, the Starks of Winterfell, if we are to draw lines in the ever-shifting drama of fickle loyalties, are scattered to the four winds. The series, now surpassing author George R. R. Martin’s literary blueprint of A Song of Ice and Fire, has proven that it will break the one rule most serial thrillers have always managed to abide by: not to kill the main characters. But, numerous Starks have come and gone and the first episode of the sixth season offers no revelatory reincarnations or fresh corpses.

Jon Snow’s death closed the fifth season and left many fans shocked and horrified. However, there are several ways that we can alleviate the silly predicament that the bastard of Winterfell seems to have found himself in. One, the ice-crowned king of the abominable snow zombies known as White Walkers. They have proven their ability to bring their victims back to life and with Snow’s vanquishing of one of their elite albino generals, the Night’s King took a certain affinity to Snow. However, whether the White Walkers' power of reanimation works on those who they have not killed themselves remains unknown.

Melisandre, the former aid and priestess to the slain Stannis Baratheon, has proven her keenness in the arts of witchcraft and, with the immolation of Princess Shireen in an effort to secure the domination of Winterfell by spilling King’s blood, she should have scrounged up enough juju to bring back the 998th Lord Commander of the Night’s Watch. Spoiler alert: In what may be the most unsettling scene in season six’s first episode, Melisandre removes her choker to reveal her true age, several hundred years old. Proof that there still may be some magic left in her fiery heart.

Perhaps the most intriguing form of reincarnation for Snow would be as his half-sister. Arya, newly blind, is still in the process of attempting to become a faceless person, a follower of the Many-Faced God. It would be interesting, to say the least, if Arya completes her transformation, becoming no one, and in so doing can become Jon Snow and not only avenge his death but secure Winterfell for the Starks once more.

Just like you, I’ll have to wait and see.