From Beto vs. Ted to Will vs. Gina to the Fire Union’s Charter Amendments, the Midterm Elections Will Dominate the News This Fall 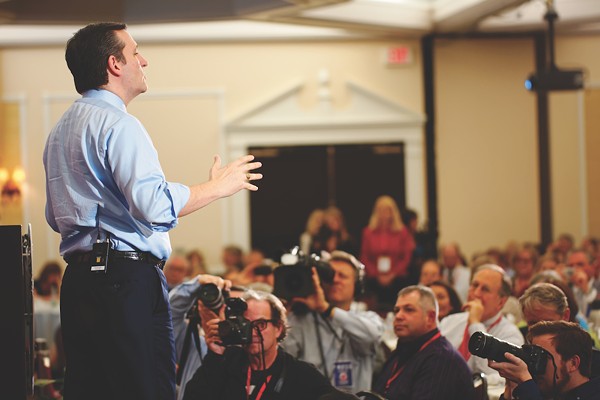 All eyes are on the ballot box this fall – or at least all the eyes belonging to people who are either horrified or thrilled by President Trump.

The November 6 elections will determine whether the GOP keeps control of Congress or loses it to Democrats, which would likely mean impeach proceedings against Trump. Dems have a stronger shot at taking the House of Representatives, but winning a majority in Senate isn’t entirely out of the question.

Don’t look to the polls for much guidance. Over the last two weeks, we’ve seen one poll showing Cruz will win it in a blowout, and another that had O’Rourke beating Cruz in a squeaker but still within the margin of error.

As we reported earlier this week on sacurrent.com, the closely watched Cook Political Report changed the status of this race to “toss-up” from “Republican-leaning.”

These don’t fit into the toss-up category, but they’re two of Texas’ other big races: Republican Gov. Greg Abbott is fending off a challenge from Lupe Valdez, the Democratic nominee and former sheriff of Dallas County, and Democrat Mike Collier is taking on Lt. Gov. Dan Patrick.

With Trump casting his rotund shadow over every competitive race, Republican U.S. Rep. Will Hurd, a onetime CIA spook, is looking to defend his seat in Congressional District 23 against Democrat Gina Ortiz Jones, a retired Air Force intelligence officer. They’re both well-funded and have been trading swipes in television ads for weeks now. District 23 stretches from San Antonio nearly to El Paso.

And then there’s the three propositions pushed by the San Antonio Professional Firefighters Association to amend the city charter. Frustrated and angry over the city’s lawsuit to strip the so-called evergreen clause from the firefighters’ labor agreement – a gambit that a string of judges has rejected – the union collected enough residents’ signatures to force the proposed amendments onto the November 6 ballot.

One would cap future city managers’ compensation at no more than 10 times the annual pay of city government’s lowest-paid worker. The charter amendment would also limit the city’s top non-elected official to no more than eight years on the job.

Another would require city officials to take contract disputes to binding arbitration, not the courthouse.

Finally, one of the amendments would lower the bar for putting proposed ordinances – approving utility rate increases, for example – to a referendum.

As you can imagine, City Hall, chambers of commerce and some community and neighborhood organizations think these are terrible, city-damaging ideas.

The Current will be reporting on the pros and cons of these charter amendments in the weeks ahead.

In the meantime, check here to see if you’re still registered to vote.

Early voting for the general election will be October 22 through November 2. Election Day is November 6.