Though she's far from the only one finding a way to celebrate San Antonio's beloved holiday on the web, gamer Melissa Montoya appears to be the first to combine it with a recent video game sensation: Nintendo's Animal Crossing: New Horizons.

On Sunday, Montoya, who lives in Austin, tweeted a series of screen captures of the Fiesta celebration she hosted on her Animal Crossing island getaway over the weekend. 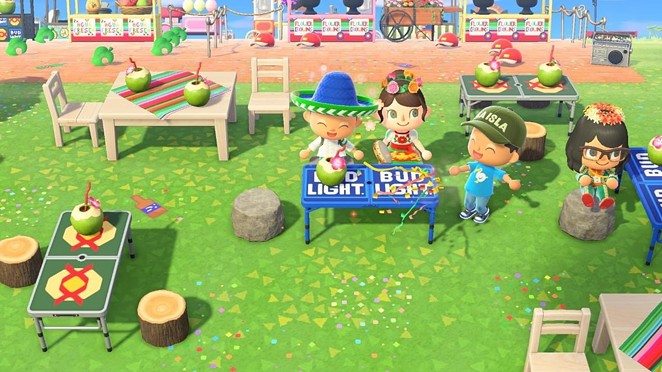 "This time of year is Fiesta time in San Antonio, but sadly it got postponed," she tweeted. "But it’s okay, because I decided to throw a fiesta on my Animal Crossing island!"

This time of year is Fiesta time in San Antonio, but sadly it got postponed... but it’s okay, because I decided to throw a fiesta on my Animal Crossing island! Here’s a thread of all the photos I took! #AnimalCrossing #ACNH #NintendoSwitch pic.twitter.com/BbdOurpsBi

Using a clever mix of existing in-game items and Animal Crossing's extensive options for customization, Montoya was able to recreate the Fiesta experience within the popular game. 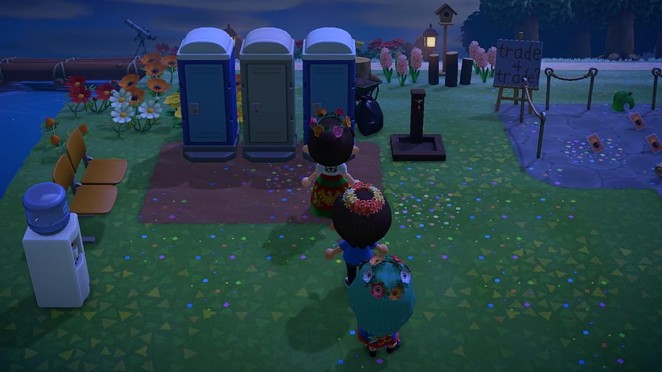 Twitter / MeilissaMontoya
We miss Fiesta, but we don't miss these lines

In addition to well-known Fiesta features such as live music and booths selling flower crowns, cascarones and aguas fresca, Montoya captured the puro essence of Fiesta festivities with details including a Selena cover band and long lines at the porta potties, not to mention the extra-authentic touch of confetti and beer bottles littering the streets.

Since Animal Crossing's food options are limited to fruit and veg, chicken on a stick wasn't on the menu. Thankfully, plenty of tacos and gorditas were available with some design help from Montoya's friend @SpecksyVal.

Whether they were decked out in their Fiesta best — or a patented Fiesta sucia lewk — it looks like Montoya and her pals had about as much fun as you can without being at the real thing.