Get In The Vans: 10 Picks for Sunday's Warped Tour

Courtesy
Texas' finest, rapper Riff Raff
Formed in 1995 and exclusively catered to hardcore punk fans, Vans Warped Tour is now a kaleidoscope of different styles, ranging from EDM, pop punk to screamo. Although in recent years the festival has appealed more to the Hot Topic crowd and still features bands from the age of Myspace, Warped Tour knows how to adapt to what the youngsters crave (and will pay for). Even though it seems like a money-making scheme to sell merch, Warped Tour has contributed some of the ticket proceeds to foundations like suicide prevention organization To Write Love On Her Arms and gives a platform to lesser-known bands.

From his humble beginnings as a competitor on MTV reality show From G's to Gents to being pop star Katy Perry's "date" at the VMAs, Riff Raff''s career is as colorful as his cornrows and brighter than his shark teeth grill. The most infamous moment in Riff Raff''s career came when James Franco played a Riff Raff-esque  character in Harmony Korine's Spring Breakers. Not shy of controversy, Riff Raff got a "jab" in by playing a character named Jamie Franko on serial soap drama “One Life to Live.”

But where does the actual rapping come in? Riff Raff is a rapper after all. With the major release of Neon Icon in 2014, an album with a emphasis on fun that never takes itself too seriously, Riff Raff delivers the occasional good. The debate on Riff Raff's sincerity will probably last until Riff Raff is on his death bed, which should be fine with him as long as it keeps him relevant. — Shannon Sweet 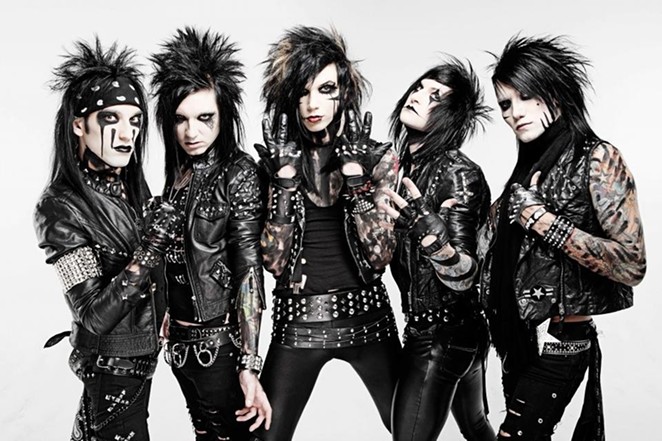 The mega headliners Black Veil Brides are new-age-goth-glam with some death-growls thrown in. Just when you thought hair metal was deceased, here comes the second-coming of Brett Michaels (if he wrote angsty poetry on his LiveJournal account and a penchant for black everything.) Emo-hunk Andy Biersack, lead singer and pretty-boy pin-up, captured the hearts of impressionable tweens everywhere with his pitch black fringe bang and rebellious lyrics — "We are born into night like children of the damned." Swoon. — Shannon Sweet 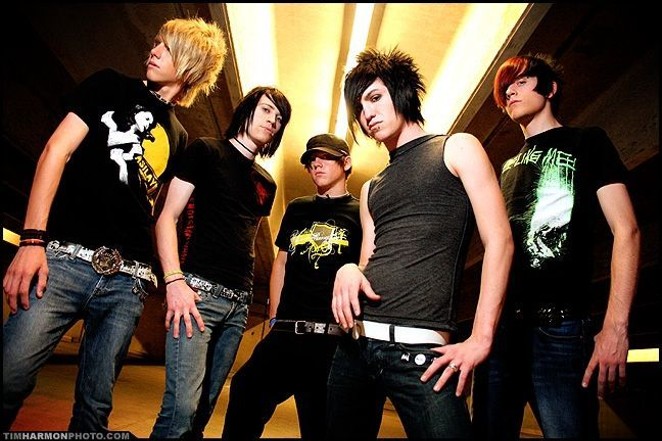 With every band member rockin' the side-swept bang and skinny jeans, you know exactly what you're in for.- an onslaught of fist-pumping, hair-twirling, face-melting hardcore-ish-ness. Despite Warped Tour banning artist initiated  "mosh pits" or "walls of death" for legal reasons, the crowd will get the "party" started all on their own at just the sight of the Blessthefall rockers. — Shannon Sweet 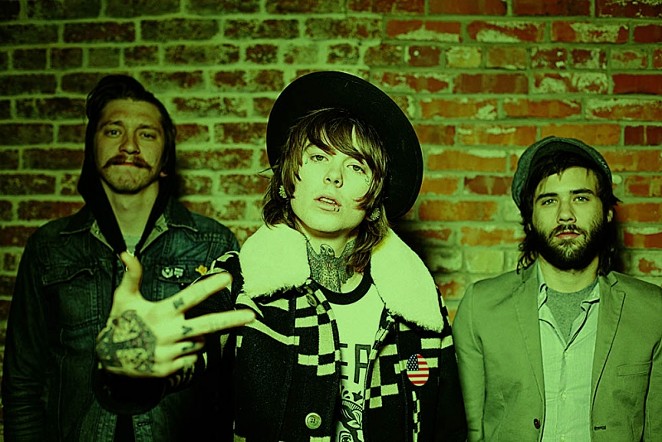 Sensitive and romantic, cute as a tatted-up button, singer Christofer Drew of Never Shout Never is a soft pop dream boat, focusing on acoustic ditties about girls, infatuation, love and things that make you all warm and fuzzy inside. With lyrics like "She's all I want and more/ I mean damn, what's not to adore," Never Shout Never still makes me say "rawr. It means I love you in dinosaur." It's a line to induce a chorus of "aw's" or dry-heaving. — Shannon Sweet Continuing the tradition of bands named after sitcoms starring one of the Savages (Boy Meets World is another act performing at Warped Tour) the Wonder Years is pop-punk, but still retains some rocky elements. Breathing a little more steam into the unkillable fusion of a genre, the Wonder Years are a necessary dose of the classic sound. — Shannon Sweet 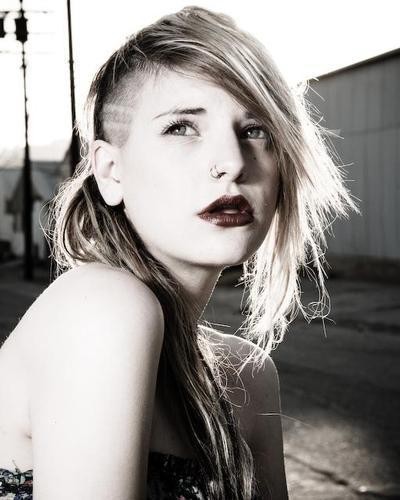 Courtesy
Juliet Simms
Best known for her involvement as the lead singer of Automatic Loveletter and being runner-up on The Voice, Juliet Simms now comes into the game with a totally different approach to music that kinda brings a smile to my musical tastes. Songs to listen for: "Before It Rains," "Mystified" and "All Or Nothing." — Gabriela Mata 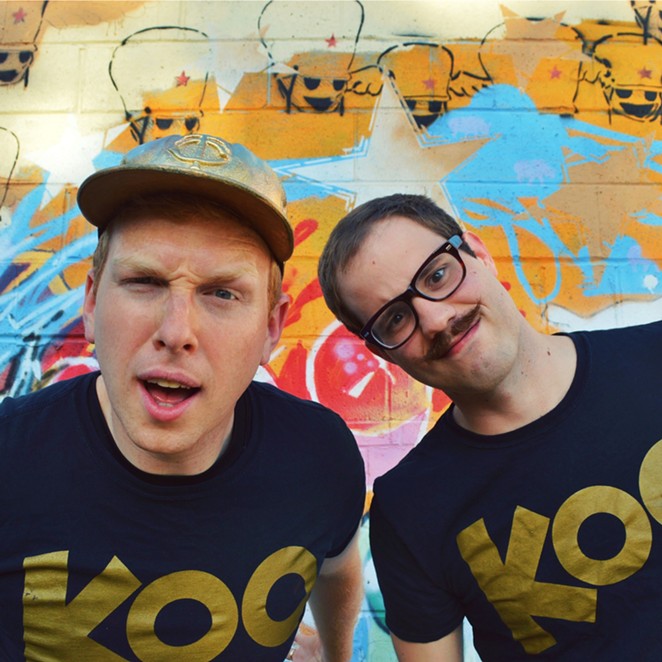 This Minneapolis duo's music is a bubblegum Mario soundtrack that's kinda sticky and just out there. How grown men can realistically create this is cockamamie is beyond me. Songs to listen for: "All I Eat Is Pizza," "Weird Sounds" and "Left 2 Right." — Gabriela Mata 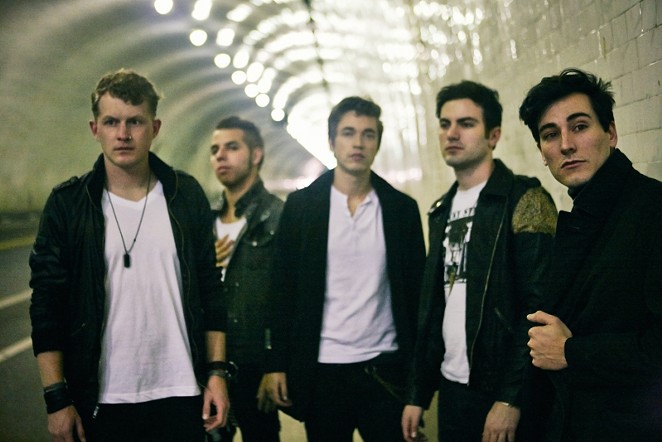 Night Riots is the perfect dinner music for when you're feeling The Cure but also want some AFI without intensity. They're cool without trying and by that I mean they sit at the corner table in the cafeteria and no one approaches them. I saw them at SXSW and now I dance to them Silence of the Lambs-style late at night. Songs to listen for: "Contagious," "Follow You" and Back To Your Love." — Gabriela Mata 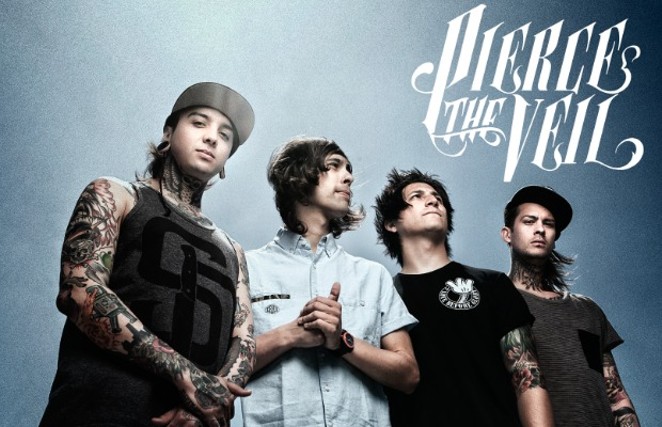 Pierce the Veil or one of the many "Verb the Noun" bands you'll find at Warped Tour. Fronted by Vic Fuentes, it sounds like he's got enough problems to keep a therapist booked for months on end. Songs to listen for: "Bulletproof Love," "A Match Into Water" and "The Divine Zero." — Gabriela Mata 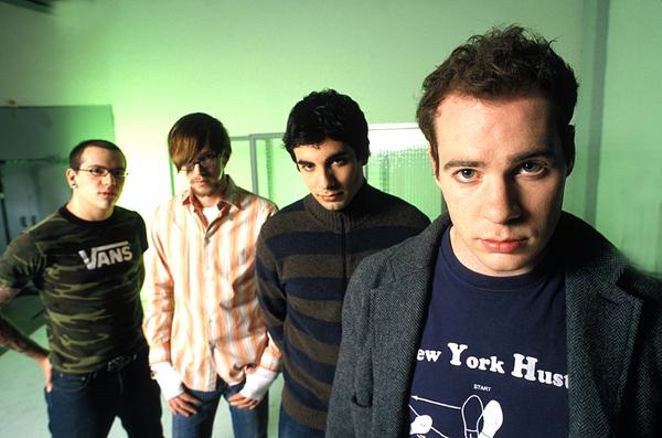 Courtesy
Smart move repping the parent company, guy in the back!
Matchbook Romance defined much of my teen years with their mix of punk, pop and all things feelings. Now they're nostalgic memories of all the mistakes I made, including my over the top exeunt stage left from my then best friend's pool party. They're the one to rock out if you're a mid-era Vans vet. Songs to listen to: "Monsters," "My Eyes Burn" and "Tiger Lily." — Gabriela Mata