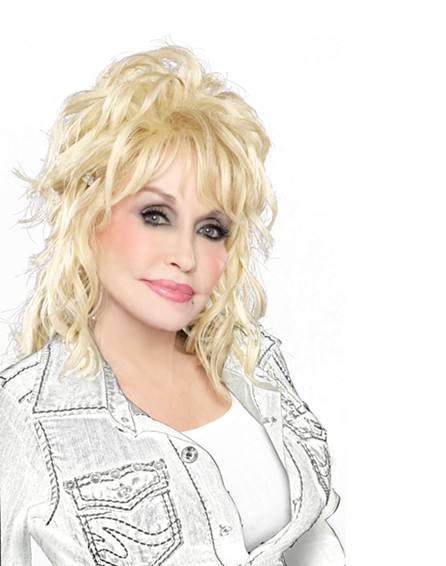 shutterstock
Like her famous duet-mate, Kenny Rogers, Dolly Parton is not merely a singer. She’s an actress, an icon, a rags-to-riches story, a brand unto herself—she’s got her own theme park (Dollywood, Tennessee), for Christ’s sake. She’s also a deft comedic monologuist, as I recently learned while attending one of her shows in Washington state.

Parton’s current run of performances comprises her first proper national tour in about 25 years. She’s 70, so it’s tempting to say you’d better catch her before she dies, but it’s hard to believe a woman of her spunk and stature will ever croak. Plus, there ain’t enough dirt at your average cemetery to cover her islands in the stream, which she’ll surely remind you of—repeatedly—on December 8 at the Tobin Center.

The show — and you should consider it a “show,” not a concert — will last roughly two-and-a-half hours, maybe an hour of which will consist of Dolly actually singing. This is something of a shame, as her pipes haven’t weathered a bit. A concert of that length consisting of Dolly shutting up and delving deep into her oeuvre would be a gig for the ages. But nope! Dolly’s gonna do what Dolly’s gonna do, because she’s DOLLY FUCKING PARTON. And Dolly’s gonna talk—a lot. Thankfully, she’s a charmer.