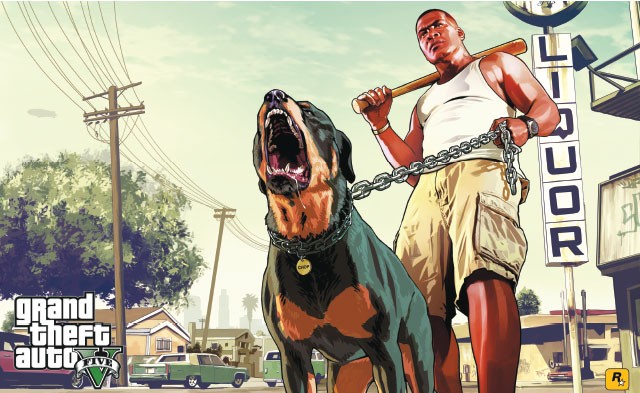 Sandbox games have become a popular genre in the past several years, yet few companies have been able to match the quality and pedigree of those manufactured by Rockstar Games. Over their legacy, they have been able to refine their formula for each title—picking apart exactly how the ones before succeeded and failed, and from there constructing a Frankenstein-like beast of a game that puts all others to shame. Such is the excellence that is Grand Theft Auto 5.

It is no secret that Rockstar has been trying for many years to push the boundary of open-world gameplay with a strong narrative. Red Dead Redemption and Bully were solid forays into such attempts, but the GTA franchise has always been their bread and butter. GTA 5, unsurprisingly, is no different in that it delivers perhaps the most polished, organic and evolved iteration of the entire franchise to date. Even more fascinating is how it resonates as a kind of swan song for the current generation consoles, considering how it could have been even more graphically impressive if they were to have waited for the next generation consoles.

While most of Rockstar’s titles have been known for their size, GTA 5 is larger than the three previous GTA entries combined. A map of the game’s terrain accidentally leaked last week set the internet on fire for its mind-blowing bigness, causing even the stodges at NBC News to title their accompanying story on the leak “We’re gonna need a bigger Xbox.”

I’m here to tell you, just this once, to believe the hype. The landscape seemingly goes on forever, defying the expectation of memorization or the ability of players to remember certain hot spots or landmarks. In Los Santos, the Los Angeles-like metropolis (one of three such settings), you are faced with an urban maze that never seems to give you a familiar location.

Even more evolutionary for the GTA series is the incorporation of multiple protagonists. This time around, you will actively switch between three characters, all of whom must work together to pull off six major heists that take out battling gangs and mobs. It’s not exactly the most original of tales but, in terms of video games, the originality shines through in the potential co-operation between multiple players.

And yet, the greatest aspect of GTA is still exactly what it’s been since the beginning. The casual hip-shooting, car-ramping and pedestrian-maiming remains the most entertaining and repeatable facet of the game. While the single-player narrative puts the player in many a situation and vehicle, the repetition of monotonous errands from the likes of GTA 4 is all but gone, and is instead replaced with diverse missions that keep the entertainment high and the boredom of smaller activities low.

Many might claim GTA 5 is a simple knock-off—a franchised, annual, Call of Duty-esque sequel that offers more of the same. But Rockstar knows how to tweak the formula without sticking in the same vein that brought all the kudos in the first place.

If you are a seasoned GTA veteran looking to tear apart the skies and own the streets like previous titles, then rest assured you will find familiar ground. For those that are new to the series and find the number “5” to be a bit daunting, allow me to relieve you—the legacy of Grand Theft Auto may be long, but the spirit is just as new as when it was first brought to life.