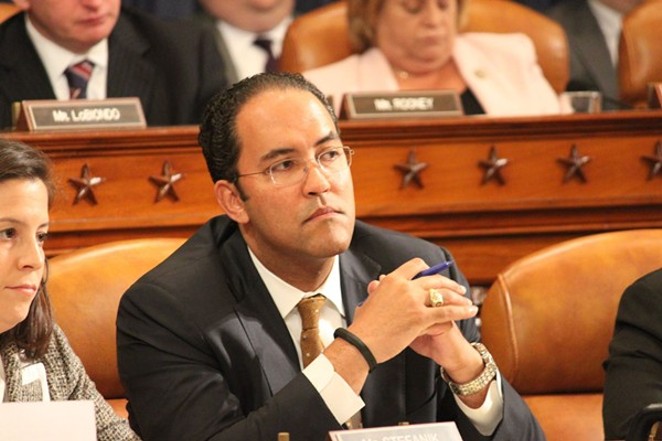 Facebook / Representative Will Hurd
Rep. Will Hurd is one of two San Antonio House Republicans with a target on his back.

The Democratic Congressional Campaign Committee released a memo Monday that revealed its top House targets for 2020. The list included 33 currently Republican-held districts, including six in Texas, that the DCCC believes it could flip in the coming election.


Of the six Texas districts, two — House Districts 21 and 23 — are in the San Antonio area.

Rep. Chip Roy is serving his first term in District 21. Roy won a narrower-than-expected, 50-to-48 race over Democratic challenger Joseph Kopser. The district includes some of the most-affluent neighborhoods in San Antonio and extends far up into the Hill Country. For more than 30 years, Republican Lamar Smith represented District 21. Smith was perhaps known best for being a staunch climate change denier, while also, somewhat comically, serving as head of the House Science Committee.


Rep. Will Hurd has represented District 23 since narrowly defeating Democrat Pete Gallego in 2014. Hurd survived a 2018 challenge, and subsequent recount, from Democrat Gina Ortiz Jones by less than 1,000 votes. Hurd is known for being one of the few Republicans to not immediately fall in line with President Trump, opposing him on most border-related issues, though Hurd does vote with Trump 84.3% of the time. Hurd's also known for his centrist-wet-dream friendship with former Senate candidate and potential presidential candidate Beto O’Rourke. The two famously livestreamed their 1,600-mile road trip to D.C. in March 2017. The sizable District 23 encompasses a lot of West San Antonio and extends all the way down to the border, running from Eagle Pass to just outside of El Paso.


Texas was a surprising state for Democrats in 2018. Though Republicans retained all statewide seats, there were plenty of down ballot upsets and near misses for the Democrats. It makes sense for the party to continue on the offensive and chip away at the death grip Republicans have had on Texas for decades now.

The four other districts in Texas are all in the suburbs around Houston, Dallas and Austin. Both of Texas' congressional upsets the Democrats landed in 2018 were in the suburbs as well, where Colin Allred defeated Pete Sessions in Dallas and Lizzie Fletcher defeated John Culberson in Houston.