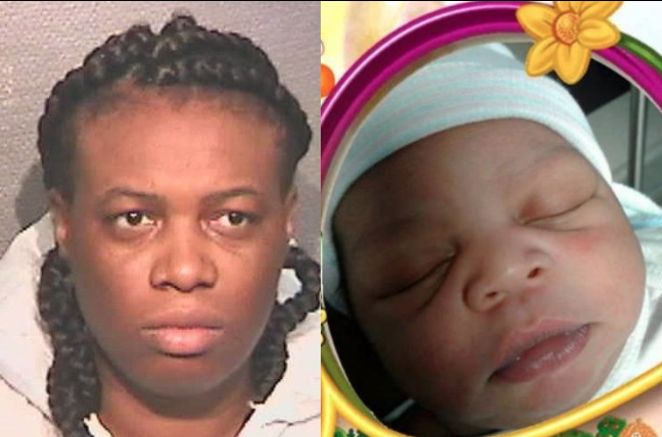 Twitter/ Houston Police
Erika Jisela Miranda-Alvarez (left), Shamali Flores (right)
A Houston woman who recently had a miscarriage has been charged with capital murder, after she allegedly stabbed a mother to death and abducted her 6-week-old baby.

A statewide Amber Alert was issued, and Shamali was found two days later— with the woman accused of killing her mother.

Houston Police Chief Art Acevedo said "investigative efforts" led police and SWAT to the Woodscape Apartment complex in Houston, where they spotted a suspicious couple with a baby possibly attempting to leave the area. When police approached them, they confirmed the baby was Shamali by comparing her to photographs.

According to police, Miranda-Alvarez was due to give birth to her own child in January, but miscarried recently. She didn’t tell her family or boyfriend about the miscarriage. Instead, she lied, saying she had been at the hospital giving birth. On December 19, she came home with Shamali, claiming she was her baby.

"The real work now comes for our investigators," Acevedo said during a Thursday press conference. "They need to piece together every single piece of this complex puzzle to make sure that we not only have an arrest and a charge, but to have a conviction."

"We owe that to the family of this little baby, to her older brothers and sisters, and we obviously owe it to the deceased victim and her extended family," Acevedo said.

Shamali, who was taken to the Texas Children's Hospital, is healthy with no signs of abuse. She is currently in the custody of Child Protective Services.