Illegal Air Pollution Has Increased Exponentially in the San Antonio Area, According to New Report 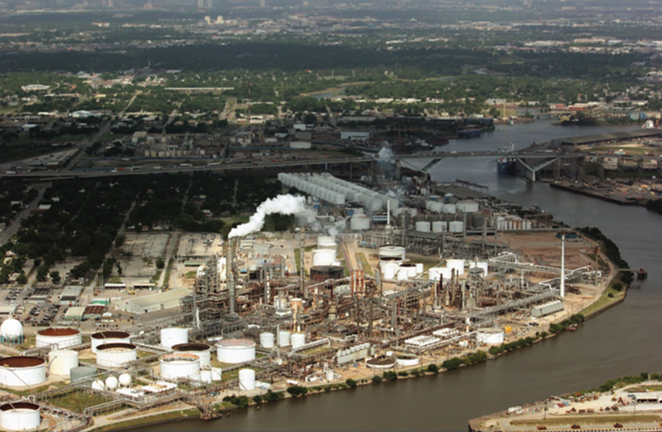 Unauthorized emissions in Bexar and 14 surrounding counties jumped from 132,741 pounds in 2017 to 3,034,059 last year, according to the report Illegal Air Pollution in Texas, jointly released by watchdog groups Environment Texas and Frontier Group.

Meanwhile, Texas industrial facilities as a whole reported releasing 135 million pounds of illegal air pollution in 2018, or more than double the amount from the previous year.

"The data shows the problem is getting worse, not better," said Catherine Fraser, a clean air associate with Austin-based Environment Texas. "Texans are really sick of oil refineries and petrochemical plants catching fire, exploding and pumping out harmful pollution. We need our state leaders to crack down on illegal pollution and stop putting the interests of polluters over the rest of us."

Fraser said her research team is still reviewing the data to see why the San Antonio area's emissions increase was so much higher than that of the state overall. 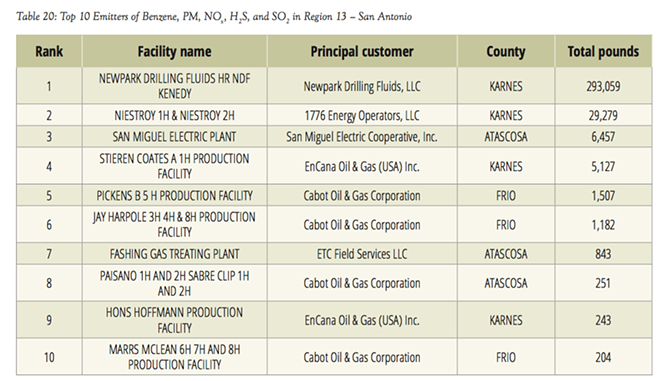 Environment Texas and Frontier Group
A chart in the report shows the biggest emissions of benzene and other chemicals in the San Antonio area during 2018.
The report is based on filings companies make with the Texas Commission on Environmental Quality to document unauthorized pollution emissions from equipment malfunctions, operator errors and the like.

Despite the spike in emissions, the TCEQ and other state regulators haven't stepped up enforcement penalties against the polluters, the report charges.


In 2018, polluters reported 4,590 reported unauthorized emissions across Texas, up from 4,067 the prior year. Yet state agencies financially penalized companies for only 1.2% of those releases.

What's more, the penalties totaled just $2 million, equal to one cent per pound of illegal pollution, according to the report. That compares to the $297 million the state could have levied under existing law.

However, Environment Texas' Fraser did point to recent positive sign.

On Wednesday, all three TCEQ commissioners voted to reject a $22,302 fine agency staff had recommended against the company that owns the Port Neches chemical plant that exploded last month.

The commissioners requested that the executive director refer the case against plant owner TPC Group to the Texas Attorney General's Office for enforcement, which could prompt a larger fine or a criminal investigation.

"We'll take that as a victory," Fraser said.