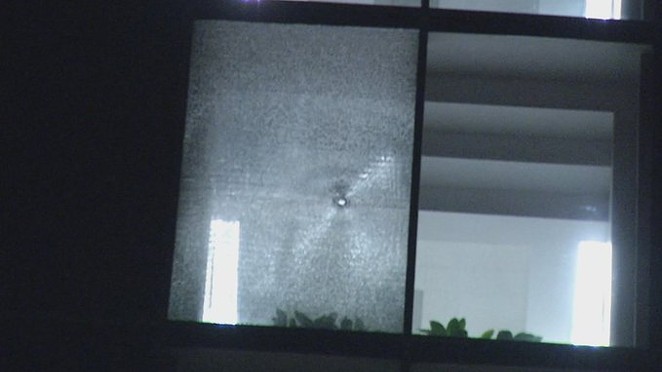 Twitter / DLoesch
Shots shattered windows at a pair of buildings housing ICE offices in San Antonio early Tuesday morning.
Even though the FBI has not completed its investigation of shots fired into a pair of buildings housing U.S. Immigration and Customs Enforcement offices in San Antonio, ICE officials are already assigning blame for the incident.

In a statement released to NBC News and other media outlets, ICE claimed "rhetoric" and "misinformation" about President Donald Trump's immigration polices and "rhetoric" motivated incident, which occurred at 3 a.m. Tuesday.

"Political rhetoric and misinformation that various politicians, media outlets and activist groups recklessly disseminate to the American people regarding the ICE mission only serve to further encourage these violent acts," ICE said in the statement.

"ICE officers put their lives on the line each and every day to keep our communities safe," the statement continued. "This disturbing public discourse shrouds our critical law enforcement function and unnecessarily puts our officers' safety at risk."

No one was injured in the incident. However, FBI Special Agent Christopher Combs told NBC that if the bullets had taken a different path "we could be here today talking about the murder of a federal official."

The regional offices of GEO Group Inc., a private prison firm that runs ICE detention sites, are also located in one of the buildings.