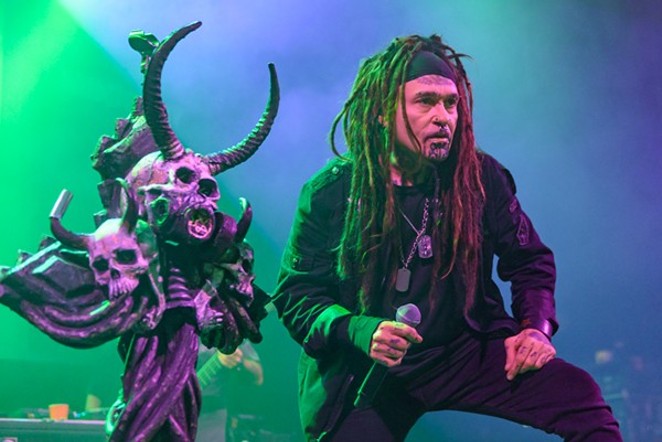 Jaime Monzon
Al Jourgensen
Industrial heavyweights Ministry are returning to San Antonio for a July 26 show at the Aztec Theatre.

Frontman Al Jourgensen last year told the Current he spent a lot of time in Austin and San Antonio in the ’90s, a time when both cities were at the forefront of the fusion of the industrial and metal genres.

What makes this go-round special — besides being sort of an old-home week — is that the band's ongoing tour celebrates the 30th anniversary its pinnacle album The Mind Is a Terrible Thing to Taste. The 1989 release was a significant breakthrough in fusing post-apocalyptic clangs and voiceovers with metal-edged guitars.

For good measure, Ministry is bringing along fellow industrial mainstays KMFDM on this tour. Some may recall the German outfit was also the band's support when it first toured The Mind Is a Terrible Thing to Taste.