It’s Election Day in Texas. Here’s what voters are deciding. 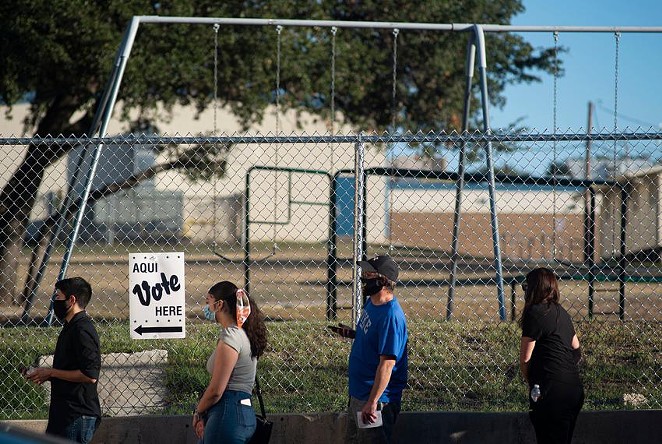 Texas Tribune / Clint Datchuk
Voters wait in line outside Cody Public Library in San Antonio during the 2020 election.
It’s Election Day in Texas, and voters heading to the polls across the state will be asked whether they support eight proposed changes to the state’s constitution.

There are no statewide elected officials on the ballot this time around — they’re all up for reelection next year, with the exception of some Supreme Court justices — but voters in different parts of the state may be asked to weigh in on local candidates and ballot proposals.

For example, voters in the San Antonio area will be asked to choose a new House representative to send to the Legislature. And in Austin, voters are being asked whether they support a measure to compel the city to drastically increase the ranks of its police force.

Check what’s on your local ballot through VOTE411.org or by visiting your county’s website.

Read more of our elections coverage here:
The Texas Tribune is a nonprofit, nonpartisan media organization that informs Texans — and engages with them — about public policy, politics, government and statewide issues.