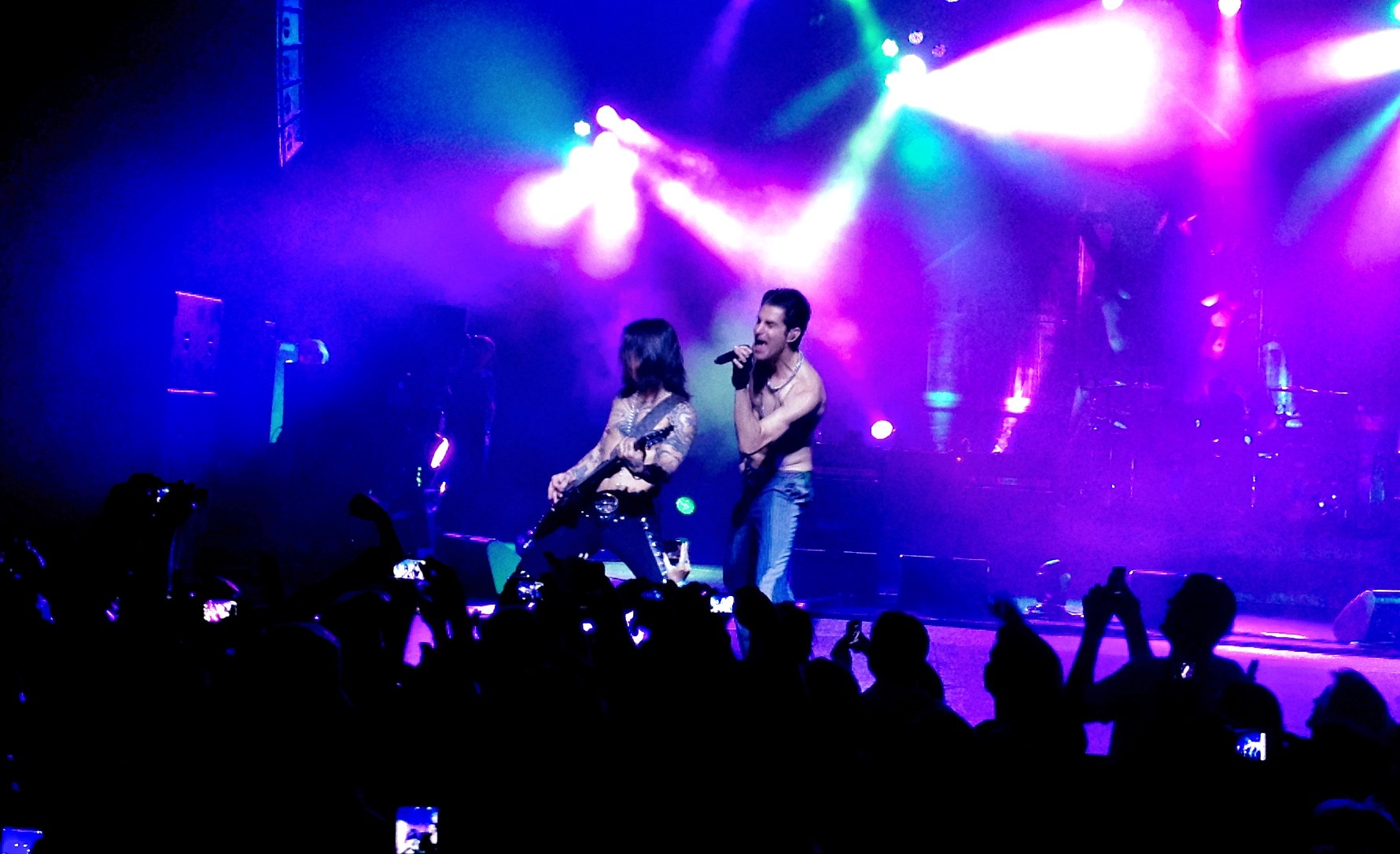 Jane’s Addiction stopped at the Lila Cockrell Theater on their Theater of the Escapists Tour. The lights came down and their intro was Pink Floyd’s "Welcome to the Machine," which got the audience into a frenzy right before they exploded into "Underground," the first cut from their new album The Great Escape Artist. The show is modeled after an underground club where anything can happen. Scantily dressed girls swinging on swings high up in the air, a robot woman with long legs walking a baby carriage across the stage, a child molester hanging himself. One of the highlights of the show was "Sex is Violent" (included in the Natural Born Killers soundtrack), featuring video screens projecting old exploitation movies over and over showing spankings and women fighting.

The band was the tightest I’ve ever seen them (this was my fourth time). Every time Dave Navarro came anywhere close to the end of the stage, the crowd went crazy

well mostly the girls. Chris Chaney and Stephen Perkins are an amazing rhythm section. "Three Days" was one of the biggest highlights of the show extending at least 10 minutes. No one seemed to stay in their seat, so I made my way up to the front for the last three songs. I got close enough where I could read Dave’s tattoos. JA closed off the show with "Stop." A fitting song to end the night with. Perry Farrell told us “We’ll remember you, San Antonio,” as he took another sip from his bottle of wine.