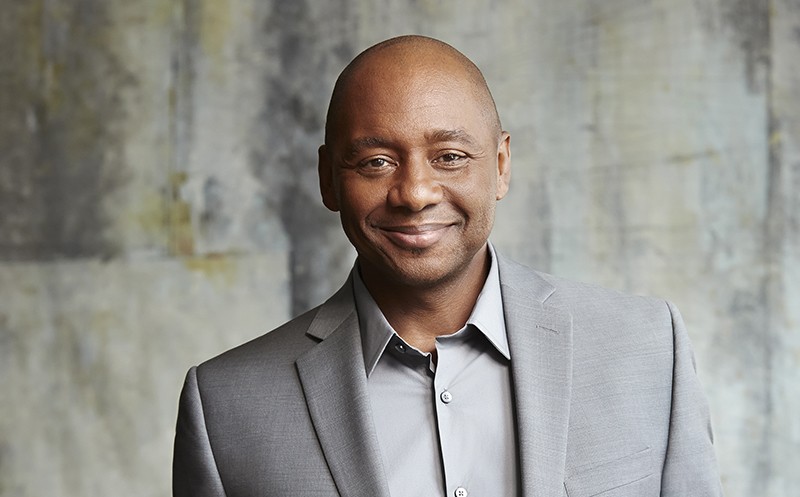 More than three decades ago, budding musician Branford Marsalis, then 20, toured Europe with legendary drummer Art Blakey. He hasn't stepped out of the limelight since, appearing alongside jazz legends Herbie Hancock, Miles Davis and Dizzy Gillespie, as well as leading his own formidable quartet. Like his brother Wynton, the saxophonist has become one of jazz's most recognizable cross-cultural ambassadors, a role solidified through a two-year stint leading The Tonight Show band, a handful of guest spots with the Grateful Dead, and, especially of late, performances with some of the nation's most distinguished symphonic orchestras.

His upcoming performance at the Tobin Center will find Marsalis in the full tuxedo mode as he joins the Youth Orchestra of San Antonio for a performance of Glazunov's Alto Saxophone Concerto and Schulhoff and Bennett's Jazz Concerto. In the lead-up to the show, the Current spoke with the ever-outspoken saxophonist on classical music, Jay-Z and the art of – in his own words – fucking up.

What's your attraction to classical music?

There's a lot of freedom in classical music. If you brought five versions of the same piece, they would sound totally different depending on the region, the conductor, the orchestra, all these different things. Because there's a lot of wiggle room, even in composed music. It's just great to play in a system that has rules, because it helps you refine freedom.

But coming as a jazz player, you don't feel restricted by playing a pre-written piece?

I never really have a want for freedom. Classical music makes me a much better saxophonist than jazz does. Because for saxophone technique, guys end up playing fast stuff. In classical music, you just have to develop a technique to execute melodies and ideas that are beyond the linear ways that we tend to think about music. And that's the challenge of it for me. I'm not really a linear thinker, although my dad [pianist Ellis Marsalis] is. A lot of classical composers are melodic thinkers, not linear thinkers. Some of these melodies can be quite difficult, and you've got to learn to play them under duress, which is different from playing them in a practice room. You've got to play them in the moment, and it's a bitch, man.

How does dedication to classical music cross over when you're improving in jazz?

The more vocabulary you learn from other people, the more expansive your vocabulary. I'll give you an example: Jay-Z. They were talking to him about the movie Selma, and Martin Luther King and civil rights. And Jay-Z says hip-hop has done more for civil rights and race relations than any social movement.Because before hip-hop, white people would go to rock clubs, and black people would go to hip hop clubs. Then the white people started to go to hip-hop clubs, and now everything is cool. And everybody's killing him. That's ridiculous! How could you say such a thing? I mean, Jay-Z grew up in a neighborhood in Brooklyn that had a sub-standard school system and he probably wasn't the most astute academic person in the world. He's probably never read anything about the civil rights movement, really. Probably never read anything about Martin Luther King. And with his limited educational experience, he's been able to make himself a billionaire. So, his point of view is based on the information that he has at hand. So when we hear him say things like this, some of us think "well, that's ridiculous." And I tend to think of it as just being ill-informed. I don't know him well enough to question whether he's smart or not. But based on that statement, I can tell that he really is an ill-informed person. And when I hear guys playing solos, and all I hear are just patterns and scales running up and down, it's ill-informed music to me. And it tempers the types of songs you can play. Ballads don't sound good when you play patterns, so you don't play them.

When you were here in 2007, you played with 16-year-old drummer Justin Brown, his first gig with you. I remember you stopping a song 'cause he was fumbling it. You didn't think that experience would have traumatized him a bit?

Nah, I mean, that's like life. I mean if you got a guy who can't recover from fucking up a song, what's he gonna do in his life? Life has bigger haymakers to throw you my friend. And you know, music is just not that important ... I don't enjoy messing up, but I accept that the only way to get better is to suck. And some people work really hard to circumvent that process by never playing a song that they haven't immaculately prepared, and when you play like that and think like that, then nothing magical can happen on stage. You have to learn to leave some room to let things happen. But that requires risk. And if you're risk averse, you shouldn't be doing this. You should be an accountant.

Branford Marsalis with the Youth Orchestra of San Antonio