Julián Castro Beat the Odds By Staying in the Presidential Race Longer Than Beto O’Rourke. How Much Longer Will He Hold On? 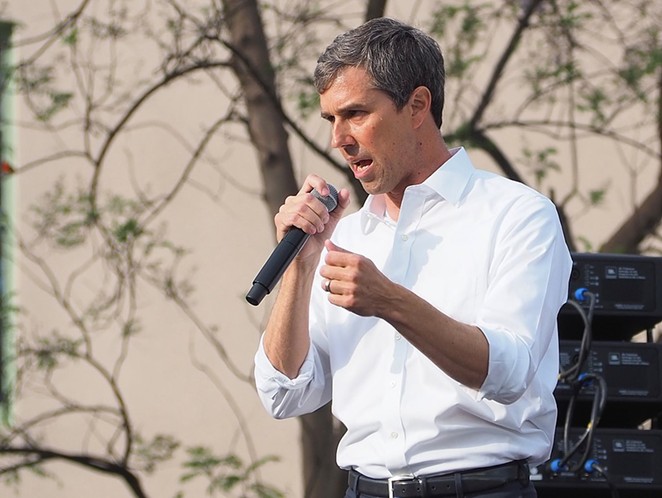 Luke Harold
A year ago, it seemed unlikely Beto O’Rourke would be the first of the two Texans vying for the 2020 Democratic nomination to bow out.

After all, he’d just raised $80 million in a widely covered Senate race to take down Texas Republican Ted Cruz, and he pulled in an eye-popping $6.1 million on the first day of his presidential bid. Early on, he lagged only former vice president Joe Biden and Sen. Bernie Sanders in polling.

But O’Rourke pulled the plug on his campaign Friday, a day after former San Antonio mayor Julián Castro met an ambitious $800,000 fundraising goal that allowed his campaign to hang in.

The difference? Castro seems to understand how to run a tightly tuned underdog campaign — and apparently has a higher pain threshold.

Months ago, as O’Rourke’s Democratic rivals mobilized campaign staff and volunteers in key states, the former El Paso congressman still hadn’t cobbled together his infrastructure, according to a recent Politico analysis.

“Lawmakers and major Democratic donors could not get calls returned,” the website reported. “When the campaign’s skeletal staff promised to reach out, it sometimes forgot.”

O’Rourke’s lack of focus also showed up in the debates, where he seemed stiff, adrift and unable to marshal the oratorical skills that fueled his Senate campaign.

Castro, in contrast, aggressively grabbed mic time, punched up at opponents and scored points by depicting himself as the race’s top immigration expert. He even turned O’Rourke into a hapless punching bag, calling out the El Pasoan for opposing the decriminalization of border crossings.

O’Rourke added well-regarded Jen O’Malley Dillon to manage his campaign and pepped up his performance in the last debate by saying he supported a mandatory buyback of assault weapons. The latter was a politically questionable move, but one that at least grabbed headlines.

But by then, it was too late.

O’Rourke’s fundraising and voter support had already taken too great a hit. He pulled in just $4.5 million in the most recent quarter, roughly a third of the $13 million he raised the prior, and he’d slipped to the bottom rung in national polls.

“After O’Rourke was on a larger stage, people looked at the number of options available and he started to slip,” said David Crockett, a Trinity University political science professor.

While Castro has outlasted his higher profile rival, he’s still a longshot candidate, and his recent fundraising victory is no guarantee that he’ll even make the November debate. After all, he’s hovering around 1% in most national polls, and candidates need either 3% in four approved national polls or 5% in two early-state polls to qualify.

At the end of the day, Castro’s ability to outlast the campaign’s better-funded, higher-profile Texan may amount to his willingness to slog it out. He still has weeks of tough campaigning — and perhaps more skin-of-the-teeth fundraising — if he wants to stick it out to the Iowa Caucus and New Hampshire primary.

Part of the perceived payoff for Castro may be the notion that if he performs well in the Texas primary, he could be a potentially attractive running mate for the Democratic nominee. Texas, after all, is perceived a key state that may be at play for the party for the first time in decades.

Even then, there are no guarantees.

“Castro’s been hanging on by his fingernails,” Crockett said. “He’s just not going to fall as fast or from the same heights that Beto O’Rourke did.”