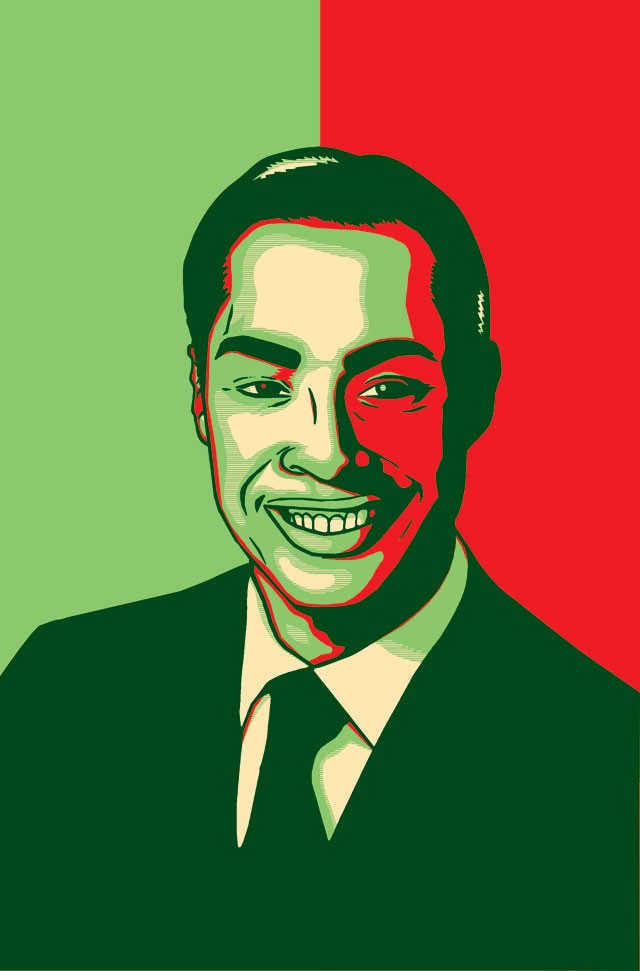 Is it so strange that the New York Times-dubbed "Post-Hispanic Hispanic Politician" would be placed front and center to scrap for the Hispanic vote (the first given the keynote honor)? Castro and the Obamas go way back, after all. Remember his high-profile invite this year to watch the State of the Union speech front and center with the First Lady?

The DNC keynote, however, could give Castro the ammo to look past a posh cabinet post in a second Obama administration — which, up until now, seemed like his next best step. While a mayor-to-Oval-Office leap seems a stretch, there's plenty of work for him here at home — should Rosie's son ever choose to stretch out. Even though Texas Dems haven't won statewide office since 1994, that's bound to change as the state grows more purple than red with a sweeping demographic shift brought on by Hispanic growth. Dallas Morning News political guru Wayne Slater put it this way last week: "I would bet 100 dollars [Castro] will be the first Latino governor of Texas probably about 2018, maybe 2022."

Judging from our Facebook survey, people in SA like the trajectory. Assuming he sets his sights higher than king of the prom or Fiesta (you jokers). •