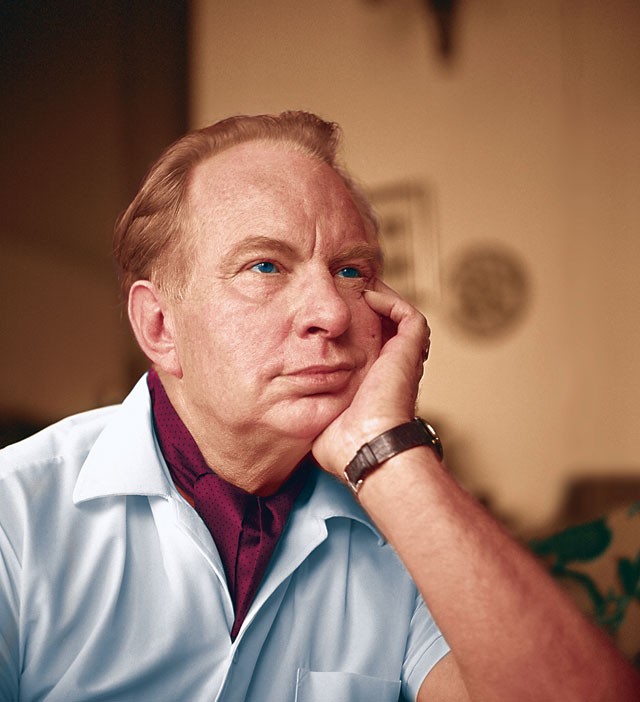 In lawsuits, plaintiffs routinely file "interrogatories," questions defendants must answer as a case heads to discovery. By far, the strangest I've ever seen surfaced in a San Antonio court: "Admit or deny that forcing Scientology employees to lick bathroom floors is a religious practice of the Church of Scientology."

Last year, a local court played stage to the latest public battle in the young religion's bizarre, litigious history. The church sued Debbie Cook, a former Scientology executive exiled in San Antonio, claiming she violated an airtight non-disclosure agreement by speaking ill of Scientology's leadership. In pushing for a gag order, the church prompted a hearing that put Cook, the leader of Scientology's multi million dollar spiritual headquarters for 17 years, on the stand.

Cook testified to a hellish world underlying Scientology's celebrity sheen. She claimed church leaders routinely threw high-ranking members into a makeshift prison, ominously dubbed "the Hole," at the church's California compound – sometimes for months or years at a time. Cook and other faithful Scientologists had been held against their will and subjected to mental and physical torture by leaders of their religion. Cook recalled top members being ordered to clean a bathroom with their tongues.

In his new book, Going Clear: Scientology, Hollywood, and the Prison of Belief, Austin-based journalist Lawrence Wright weaves Cook's tale of abuse with stories from numerous other ex-members. Wright, a staff writer for The New Yorker, provides more than just another indictment of the church's current practices, which border on human trafficking, torture, and extortion. In Going Clear, Wright spins a comprehensive, unsettling portrait of a new American religion.

Lengthy portions of Going Clear cover Scientology's controversial founder, sci-fi writer L. Ron Hubbard. Easily dismissed as a liar and tirade-prone narcissist, Hubbard's life-changing revelation came while under anesthesia at the dentist. But Wright explores Hubbard as a product of his time. Shaped by Cold War paranoia and influenced by America's emerging counter culture, Hubbard founded his church in Los Angeles, birthplace of countless niche religions, and even drew influence from the teachings of The Great Beast, the famous British occultist Aleister Crowley.

Hubbard called Scientology spiritual enlightenment through "science." But Dianetics, the self-help book that launched Scientology, more reasonably falls under a crowded category: the philosophy of human nature. Wright argues Hubbard's work is better understood next to Kant or Kierkegaard. He calls psychotherapy Scientology's "more respectable cousin," saying Hubbard's basic concepts, of the "reactive" and "analytical" mind that influence us in powerful but unseen ways, resemble Freud's ego, superego, and id. Freud's legacy became that of free and open inquiry into the motivations of human behavior; Hubbard's is that of either messiah or con man.

The space-opera of Xenu and the Galactic Confederacy is now the stuff of South Park infamy, but Scientology holds no monopoly on fantastic beliefs. Religions formed millennia ago have the benefit of foundation myths shrouded in mystery and traditions that echo into the current day, while Scientology is a religion of the information age. Would the Virgin birth have survived the ridicule of the blogosphere? Would Mohammad's journey to the heavens on his mystical steed, the Buraq, have withstood probing from investigative journalists?

Scientology is a religion so insular that battered ex-members, like Debbie Cook, provide the best snapshots of its inner workings, and Wright uses their stories to compile an unauthorized account of Scientology with the skill you'd expect from a Pulitzer Prize-winning writer.

For a short time, Cook spilled Scientology's secrets here. Eventually she settled out of court – neither she nor the church got a cent – and last summer left San Antonio for a French island in the Caribbean, a place untouched by the church or its influence.

Under her settlement, Cook will never again speak of the Church of Scientology. To anyone. Ever.