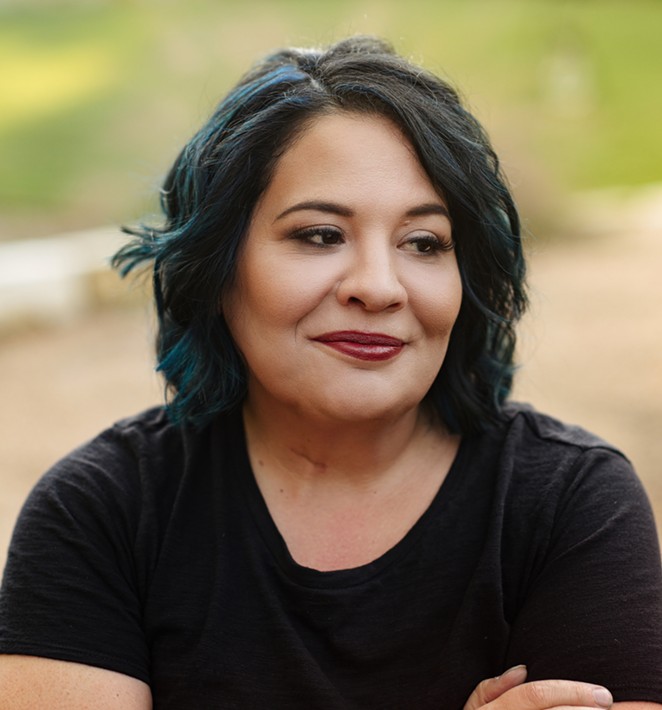 Hunger fighter Jamie Gonzalez isn’t afraid to make a big impression. After all, she signs her emails with the phrase “Puta de la Fruta.”

That kind of chutzpah has served the 5-foot-tall San Antonio native as she worked to build rapport with chefs and community leaders, including Mayor Ron Nirenberg. It also doesn’t hurt that she’s got 15 years’ experience in produce distribution and food manufacturing.

As creator of the Big Fresh Market Box — which has delivered over 15,000 boxes of fresh produce to San Antonio households since its June 2019 launch — and co-creator of Mercado por tu Corazón, a traveling produce market, Gonzalez uses those strengths to nourish the community in nontraditional ways.

“I always knew I wanted to feed people. I just didn’t want to do it in a traditional kitchen setting,” she said. “Participating in the Food Policy Council of San Antonio is the No. 1 thing that helped me shape my food purpose. It connected the business of food that I love to my passion for community and my life-long desire to feed people.”

Beyond serving as a board member on the Food Policy Council of San Antonio, she donates time to the council’s Food Justice, Food Waste and Healthy Corner Store work groups. She also works with the Alamo Colleges District Sustainable Urban Food Systems Advisory Committee and Nirenberg’s Fitness Council, and was a keynote speaker at the 2021 United Nations Food Systems Summit.

Talk about a resume.

Even with all those accolades and future commitments, Gonzalez still wanted to do more to feed the community. That’s why she launched the Big State Produce Bodega Project in 2019 to provide fresh fruit and vegetables to neighborhood stores in San Antonio’s inner city. That program is now on target to serve 32 stores by the end of the year.

“There’s just such an opportunity to open these areas up to different experiences, offer them produce they might not have access to without these programs,” she said. “I’m so grateful to be working with such a large network of professionals that care deeply about feeding people. … We’re a special breed.”

So why, when she’s sporting such an impressive pedigree, does she proudly label herself as “Puta de la Fruta”?

“It’s just me,” Gonzalez said. “I’ve spent years sort of using that moniker as a joke, but it’s become this recognizable brand, this piece of myself that I’m able to own. And if it gets more eyes on the mission of feeding San Antonio, I’m happy to wear it.”