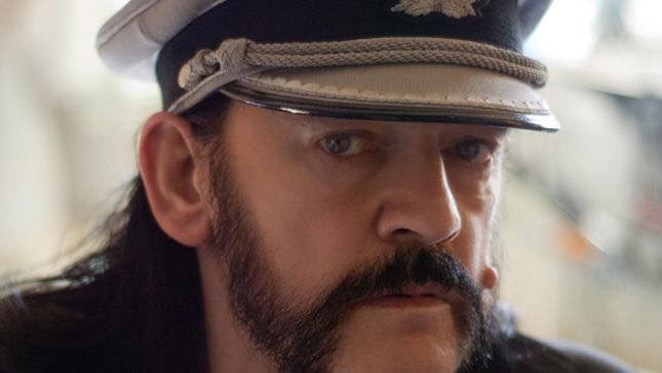 via Facebook
Ian Fraser "Lemmy" Kilmister
You can watch the man born Ian Fraser Kilmister  – Lemmy, to the world – as he bids his final adieu on Saturday, January 9 between 1 and 2:30pm CST on a live-stream from YouTube.

In a grandiose outpouring of sentiment and love, the original send-off, scheduled to be held at Lemmy's favorite haunt, the Rainbow Bar and Grill on the Sunset Strip in LA, has had to elongate the memorial service from 2pm to 2am, and to extend it down the infamous Strip to include the Roxy and the Whisky. The Rainbow will have a private ceremony from 5 to 9pm PST, with some of Lemmy's closest friends and loved ones in attendance.

Lemmy passed away on December 28 from cancer that he had not known about and did not learn from doctors that he had until December 26, two days after his birthday, and two days before his death.

In true rock 'n' roll fashion, however, the renowned lover of women, Jack and Coke, Marlboro reds, speed and rock 'n' roll will leave us wanting more. Lemmy spent 70 years in this life and made every one of them count. Rock 'n' roll will miss him dearly. There will, truly, never be another Ian Fraser "Lemmy" Kilmister.