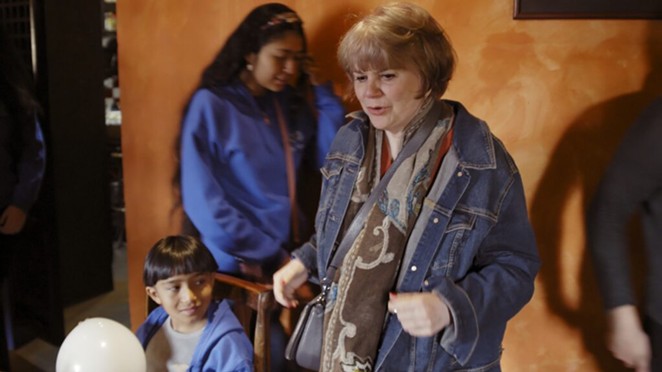 “I love [Flaco],” Ronstadt said during an interview earlier this month for the new documentary Linda and the Mockingbirds. “He’s just an amazing musician and a real character. I liked working with him.”


In Linda and the Mockingbirds, Ronstadt, who is of Mexican ancestry on her father’s side, takes a road trip to Mexico with Los Cenzontles (The Mockingbirds), a young Mexican-American song and dance troupe from California. Specifically, they traveled to the small town of Banámichi in Sonora where Ronstadt’s grandfather was raised. In 1987, Ronstadt released Canciones de Mi Padre, an album of traditional Mexican folk songs. Today, it is still the best-selling non-English-language album in U.S. music history.

“Both being from near the border, [Flaco and I] had a lot in common,” she said. “I love that Norteño kind of music. I didn’t have it on my record, but I pushed it in that direction just so I could get a chance to work with Flaco.”


In 2013, Ronstadt revealed that she had a neurodegenerative disease, which would later be diagnosed as Progressive Supranuclear Palsy, a disorder similar to Parkinson's. Although she had already stopped performing in front of audiences, she officially announced her retirement after decades of performing rock, country, folk and Mexican music across the globe.

With as many cities Ronstadt has visited over the years, she said she has always kept San Antonio close to her heart. She performed the last concert of her career at the Municipal Auditorium, now the Tobin Center for the Performing Arts, on November 7, 2009.

“San Antonio is a special place to me,” she said. “It’s one of the first shows where I performed Canciones de Mi Padre and it’s the last show I performed as a singer.”

Linda and the Mockingbirds is available on VOD platforms.
A portion of this article first ran at Remezcla.com.