Live Music in San Antonio This Week: Arc Angels, All Them Witches, Kurt Travis and more 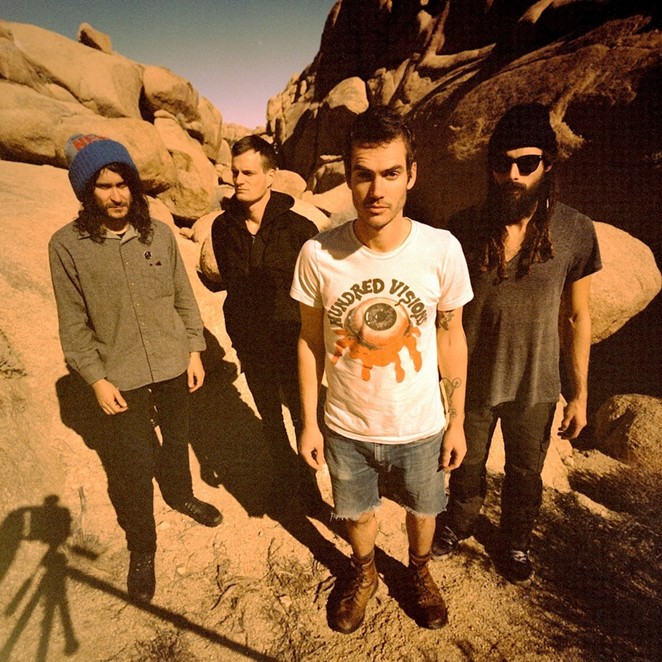 Courtesy Photo / All Them Witches
All Them Witches will play the Piper Tiger on Sunday.
This week, Texas blues-rock supergroup Arc Angels will end a decade-long hiatus with a Texas tour that includes a stop at San Antonio's Aztec Theatre.

But that's not the only thing Alamo City music fans have to look forward to. From reggae and R&B to alt-rock and dark psychedelia, local venues are full of intriguing options. Here's a rundown.

Gary Dread
Formerly the drummer of the South Carolina-based reggae-rock group The Movement, Dread is now behind the mic with a modern take on uplifting reggae. Dread recently collaborated with Rick Haze for hip-hop-influenced songs with an irie vibe. $16-$18, 7:30 p.m., Vibes Underground 1211 E. Houston St., (210) 255-3833, facebook.com/vibesunderground. — BE

Allen Stone
Billed as “An evening with…,” blue-eyed soul man Allen Stone will bring a lengthy set of his classic R&B-inspired tunes to San Antonio. Although he cites influences including Stevie Wonder, The Meters and Marvin Gaye, the singer wants his music to think about the world instead of just getting down. Stone has appeared on American Idol, Conan and Ellen and collaborated with Macklemore and Ryan Lewis. His most recent LP Apart dropped in November. $28-$188, 8 p.m., Aztec Theater, 104 N. St. Mary’s St., (210) 812-4355, theaztectheatre.com. — MM

Current Joys
Guitarist-vocalist Nick Rattigan is the brains behind Nevada-based Current Joys, which blends post-punk and post-rock with melancholic pop. Rattigan has been hard at work over the past couple of years, having released three full-length albums during that time — no easy feat for any artist. $25, 7 p.m., Vibes Underground, 1211 E. Houston St., (210) 255-3822, facebook.com/VIBESEventCenter. — EB

Kurt Travis
After stints as vocalist for Dance Gavin Dance, A Lot Like Birds, and other similar-minded outfits, Kurt Travis clearly has experience in a wide range of microgenres whose names include the prefixes and suffixes “post-” and “-core” — or both. His solo work pulls from this sonic palette but focuses more on songwriting that breathes and grooves, favoring emotion over proggy riffs or aggression. $17-$19, 6 p.m., Vibes Underground, 1223 E. Houston St., (210) 255-3833, facebook.com/vibesunderground. — MM