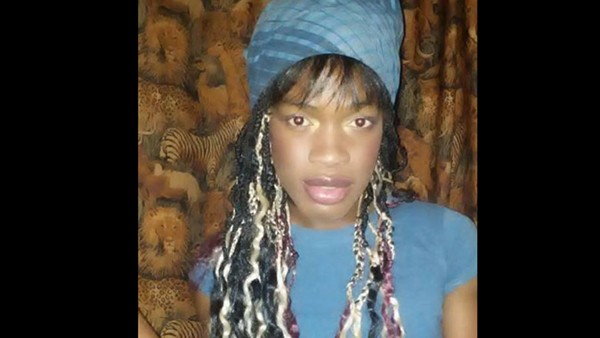 Facebook via Kenne McFadden
Kenne McFadden was the 12th trans woman in the country to be killed in 2017.
A Live Oak man has been indicted for the murder of Kenne McFadden, the 26-year-old trans woman whose body was found floating in the San Antonio River in April.

A grand jury indicted 20-year-old Mark Daniel Lewis on Tuesday for "recklessly" causing the McFadden's death by either pushing her into the water or failing to help her out of the river despite knowing she needed assistance and was "impaired by alcohol."

McFadden's body was originally discovered by a River Walk barge operator on the morning of April 9th — near the Houston St. underpass on the River Walk. At the time, police identified the deceased body as a black male with no obvious signs of trauma. It took months for officials to confirm that McFadden was, in fact, a transgender woman who was in the process of transitioning at the time of her death.

In June, San Antonio Police Department said they believed her death was a homicide, and was investigating whether her gender identity was a motivating factor.

If convicted, Lewis faces 20 years behind bars. And since he has a prior criminal offense on his record — Lewis was charged with "prohibited sexual conduct" in 2013, when he 16 years old — that sentence could increase.

McFadden was the 12th trans woman in the country to be killed in 2017.