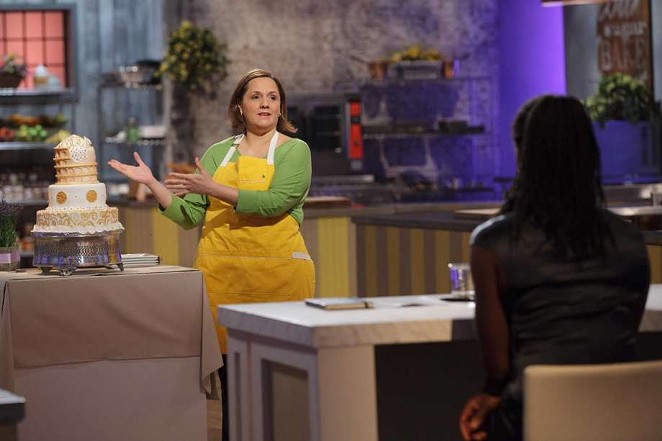 Last year, Mijares, who owns Délice Chocolatier and Patisserie on the city's far North Central side, came in runner-up on the reality culinary TV show Spring Baking Champion. This time, Mijares will be one of eight contestants competing for $25,000 and the title of Best Baker in America. The premiere airs tonight at 9 p.m. Central on the Food Network.

Mijares, who is from Torreón, Mexico and is a graduate of the Cordon Bleu Paris, said getting another call from Food Network producers was just as exciting as the first time.

“All the butterflies in my stomach came back, but I just love that feeling,” Mijares told the Current during an interview this week. “I am very blessed to be a part of this new show. It’s like waking up from a dream and going straight back into another one.” 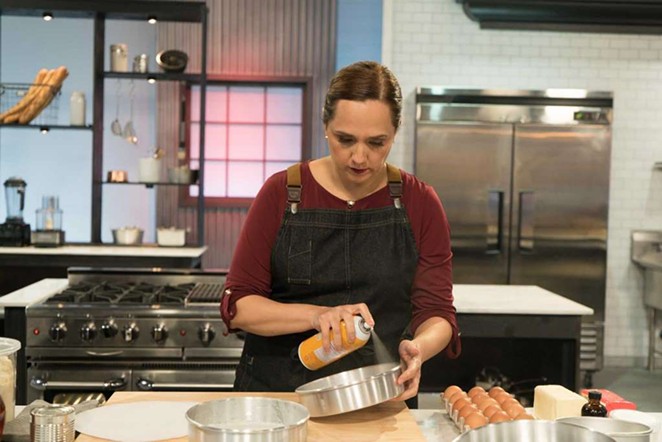 Food Network
Susana Mijares' first challenge on the show was to bake a three-tiered wedding cake for 50 people.
During the six episodes of Best Baker in America this inaugural season, Mijares will compete in a series of challenges, including making several desserts – everything from macarons to fruit tarts to Baked Alaskan. In the premiere, viewers will see Mijares’ skills put to the test when she is asked to bake a three-tiered wedding cake for a party of 50 people.

“Baking a cake for 50 people would normally be the [season] finale of any other show, but we’re doing it on the first show,” she said. “It doesn’t get any easier from there. All the contestants are very skilled. Everyone brings their own personality into their creations. I learned a lot from them.”

Watching the show anxiously will be Mijares’ family – her husband and five kids, ages 10-21. Baking continues to be something they do as a family at home and at their business. 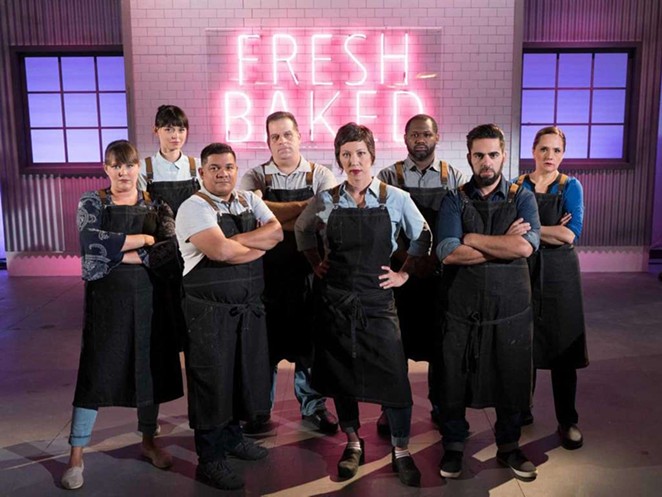 Food Network
Susana Mijares (far right) is competing against seven other chefs from around the country on the show.
“They are super proud of their mom,” she said. “At the end of the day, they’re the reason I am doing this. I am so happy they get to see their mom again on the Food Network.”

Mijares looks forward to meeting new customers who come into her shop because of the exposure she gets from the TV show. Last year, she said people from all over the U.S. visited so they could get a taste of what a reality show celebrity chef could conjure up in the kitchen.

“It was so nice when people would come to see what we were doing or just to take a picture with me,” she said. “I really hope they come and check us out again and see how much I love doing what I do.”