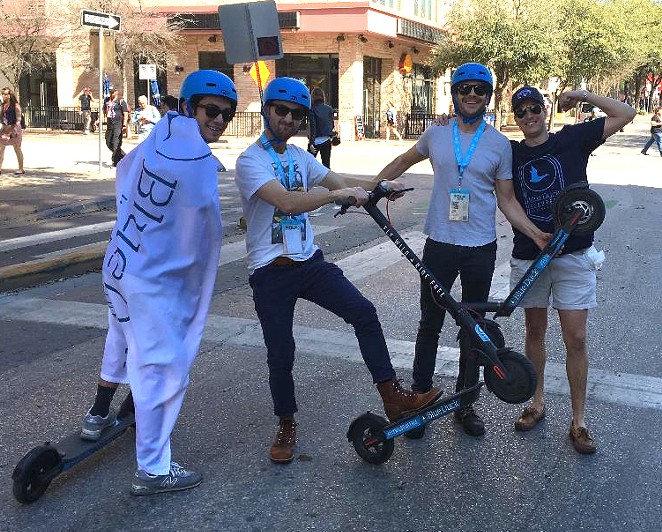 Courtesy of Blue Duck Scooters
Attendees of Austin's SXSW festival try out San Antonio company Blue Duck Scooters' rentable electric vehicles.
The only locally owned company renting electric scooters in San Antonio may have missed the deadline to apply for a contract to keep offering the service here, according to Texas Public Radio.

"We are continuing to evaluate the responsiveness of the applications," city spokesman Jeff Coyle told the Current, adding that it's not revealed the list of filers and whether they met the deadline.

However, TPR reports that Lime, Lyft, Razor, Bird and VeoRide are among the companies that applied. Jump, a venture from rideshare giant Uber, pulled out of the city in June.

After initially taking a "light touch" regulatory approach, San Antonio has increasingly set rules reining in the use of e-scooters. Under new rules, three contract holders will be able to operate a total of 5,000 vehicles.