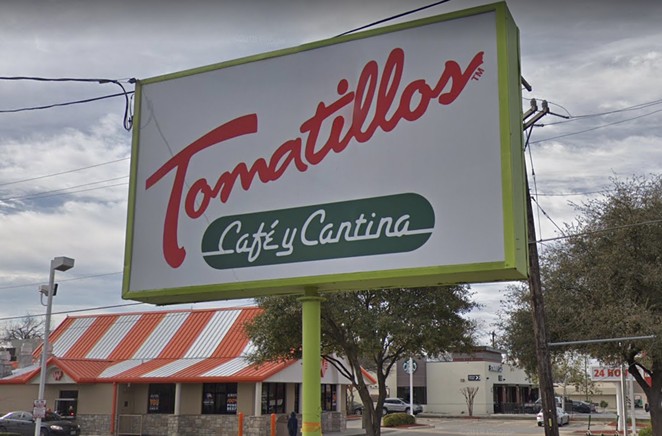 The longtime Tex-Mex staple occupied a rented space on Broadway north of downtown for nearly 25 years before making the move. It reopened Tuesday at 1827 N. Loop 1604 East, Suite 103, and is now serving.

Tomatillos announced the closure in late September, but didn't state a reason at the time. MySA now reports that its lease at the original location was up.