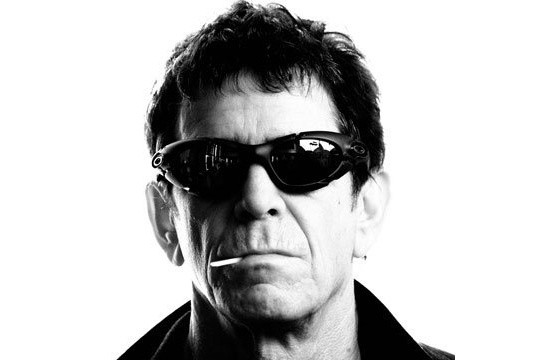 Lou Reed, founder of the Velvet Underground and one of the most influential single figures in the history of rock, died today at age 71. Though details have been sketchy, he had received a liver transplant in May and, later on his website, stated to be "bigger and stronger than ever."

Besides his VU and solo work (especially 1972’s Transformer, 1982’s The Blue Mask, and my personal favorite, 1989's New York), he had enough range to play on others' albums, including the opening track in salsa star Rubén Blades' first rock (and all-English-language) album.

But it was his work with the Velvet Underground, working under the wing of "producer" Andy Warhol, that changed the landscape of rock 'n' roll forever. That 1967 debut album didn't do great commercially, but today is considered one of the true masterpieces of rock and responsible for the formation of bands all over the world. It was a truly original sound that simultaneously embraced and rejected earlier trends and would become an aesthetic blueprint for things to come.

He placed at number 52 in Rolling Stone's list of 100 Greatest Guitarist of All Time.

"Reed's ramrod stroke makes him one of the all-time great rhythm players, and he brought a thrilling sense of anarchy to his leads," wrote RS senior editor David Fricke. "With the Velvet Underground, he established a sound that owed as much to free-jazz maverick Ornette Coleman as to 'Louie Louie.'"

As an interviewee, he was known for not revealing much more than was absolutely necessary, and his 1973 exchange with legendary rock critic Lester Bangs (who was a Reed fan) is a classic moment in music journalism.

His drug use in the '60s and '70s was as notorious as his musical talent, but he reportedly mellowed out in the '80s. His was a life for and about art, and in spite of his often bombastic statements, he was just a guy who played terrific guitar and made some great music. Shortly before writing the score for Danny Boyle's Trainspotting (1996), he played himself in Wim Wenders' Faraway, So Close! (1993), displaying seldom-seen moments of down-to-earth humanity.

Go to the next page to see Rock and Roll Heart, American Master's doc on Lou Reed.