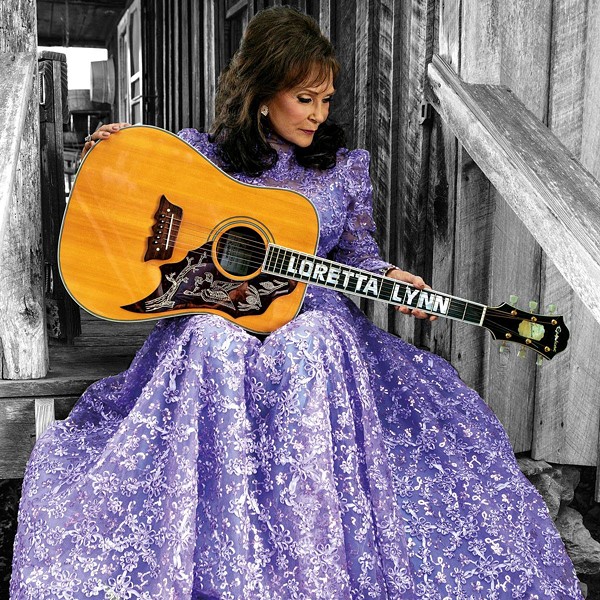 Facebook
Loretta Lynn, whose first record in over a decade, Full Circle, was released this year.
The undisputed Queen of Country, Loretta Lynn, the coal miner's daughter from Butcher Hollow, writer and singer of groundbreaking feminist anthem "The Pill," don't-fuck-with-my-man jams "Fist City" and "You Ain't Woman Enough to Take My Man," the rural anthem "You're Looking at Country," the fantastic 2004 collaboration with Jack White Van Lear Rose and this year's Full Circle, which has a fascinating intro detailing the writing of Loretta's first songs, is scheduled to perform at the Majestic Theatre at 8pm on Friday, July 25.

Tickets for the show featuring the rhinestone-bedazzled singer that has been inducted into more Halls of Fame than any other female on the planet are priced at $40 - $70, will go on sale Friday, April 8 at 10 a.m. and are available at all Ticketmaster outlets, the Majestic Theatre box office, here, or by calling (800) 745-3000.


One of the most outspoken proponents of atheism, satire, humanism and common sense, Bill Maher, will perform his nary-a-word-minced takes on political correctness, religion and bureaucratic bullshit on Saturday, August 6 at 8 p.m.

Tickets for the bestselling author of such satirical titles as Does Anybody Have a Problem with That? Politically Incorrect’s Greatest Hits; When You Ride Alone, You Ride with Bin Laden; New Rules: Polite Musings from a Timid Observer, and most recently, The New New Rules: A Funny Look at How Everybody But Me Has Their Head Up Their Ass, (which should give the uninitiated a good taste of what a Maher main course is like) go on sale Friday, April 8 at noon, are priced from $35 - $95 and are available at the box office, here, at all Ticketmaster outlets and at (800) 745-3000.