Making the North Side More Bike-friendly 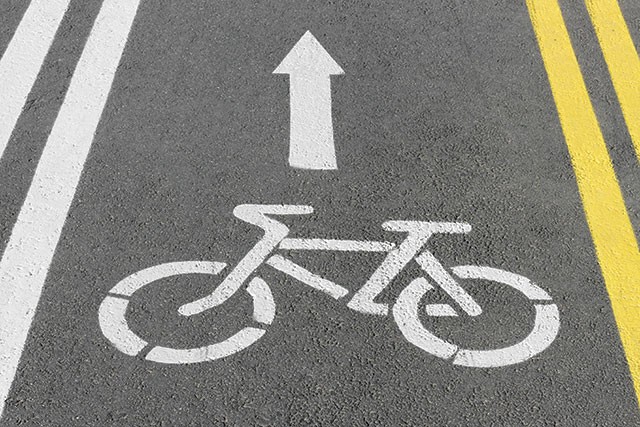 “I ride my bike to kind of get away … to exercise. To ride my bike right next to the highway, that doesn’t appeal to me,” says Matt Hamlin, owner of Northwest Military Drive’s cycling store Bicycle Heaven. Hamlin actually rides on the more cyclist-friendly South Side where there are more bike trails and fewer cars.

However, SA cyclist Nelda Carrizales says, “To get to enjoy riding the hills [aka the Hill Country], one must ride the access roads … to gain access to the trail heads.”

For cyclists who use their bike to commute on the North Side or to get into the scenic hills, the access roads can seem like the only real option. “It gets somebody in a pretty direct way pretty quickly and with pretty smooth roads,” says Hamlin adding that, “30 to 40 percent of the people who come into my store ride on the North Side probably at least once or twice a week.”

While technically a bicycle has the same rights to the road as a motor vehicle, cyclists try to stick to the shoulder where it’s safer. “I can’t tell you of the numerous times I’ve been yelled at to ride the sidewalks or to get off the road. I’ve even been swiped by passenger-side rearview mirrors as cars drive by or vehicles drive real close as to try and push you over or to try and nudge [or] hit you,” says Carrizales of the North Side. “I do not think riding in that area is safe.”

Hamlin disagrees: “I think for the most part up there … the shoulder’s pretty big, so I do think it’s safe.” One thing they agree on is that bike lanes on access roads and major arteries would be a huge improvement for the city, allowing cyclists to commute safely on the North Side.

“I’d like to see the bike lanes and the bike infrastructure that is prevalent in the central and south parts of the city … really get developed on the North Side. It makes me upset to see the money put into new roads in the north without the proper allocations for bicycles,” says Hamlin. He asks himself why there has not been a city mandate requiring accommodations for bike lanes when these new roads are built, instead of waiting years to address it and then tearing those same roads up to create bike lanes—causing traffic buildup and headaches all around.

For now, though, cyclists and drivers will have to continue their tentative truce.