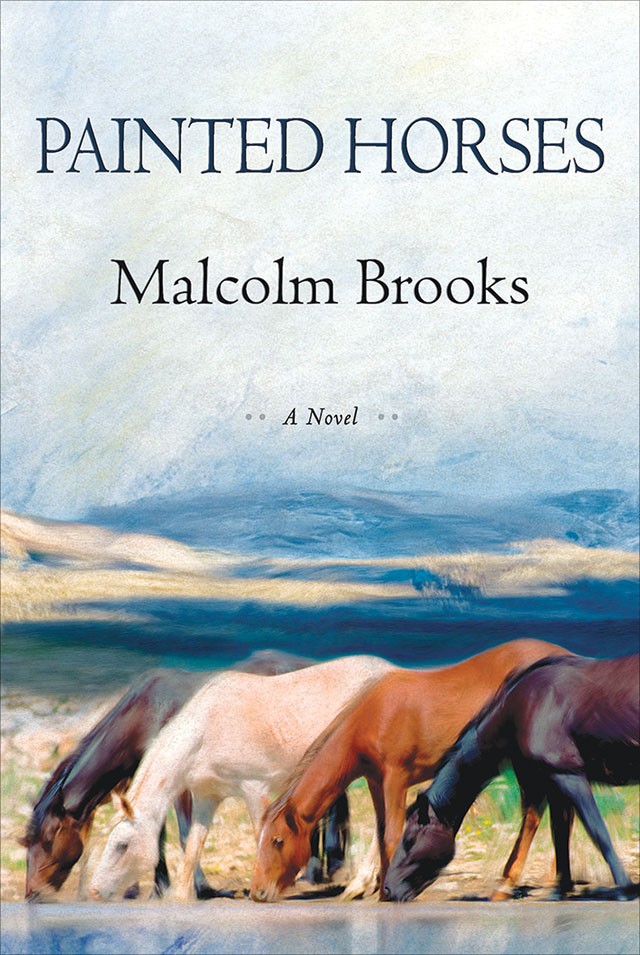 In Malcolm Brooks’ inspiring debut novel Painted Horses, it’s 1956, and archaeologist Catherine Lemay is sent by the Smithsonian to survey a canyon basin in Montana. She is meant to determine if any artifacts of cultural or historical importance would be disrupted by an impending dam project that would flood the basin. Catherine may be young, but she understands that her real employer is Harris Power and Light, the dam developer, and her real mission is to not find anything that could stand in the way of progress. Despite this inauspicious beginning, Catherine leaves the safety of New England for a journey into the still untamed West, looking for a chance to escape the vulnerability and conformity of her comfortable, upper-class academic existence.

What she finds—in the canyon, in the landscape and in the people of Montana—is unlike anything she could have ever imagined. Brooks, a Montana native, skillfully captures the vastness and austerity of his homeland, revealing both its harshness and hidden wealth. Already compared to Cormac McCarthy’s The Border Trilogy, I found Brooks’ landscape writing more lyrical and elegant. We come to understand the land slowly, as Catherine does, as she painstakingly orients herself, becoming more confident and knowledgeable in herself and her project. Her final discovery, and her desire to protect it, reflects a woman wholly in love with the wild landscape she doubted she’d ever even respect.

Catherine’s story is interwoven with that of John H, a former horseman and current Army fugitive. John H is the last of his kind, an adept artist who lives off the land, now painting the wild mustangs he captured and broke for ranches across the Big Sky Country before the war. However, anyone expecting the Marlboro Man should take note: John H is a surprisingly complicated and endearing character from his first appearance. As his past is revealed, he becomes more than a worthy foil for Catherine, and their brief connection is rewarding and genuine.

The sweep of the novel matches the endless Montana sky. Brooks manages to integrate the Paleolithic horses of Lascaux, the Great Depression’s railyard hobos, Basque immigration, London after the Blitz, ancient Roman death cults, the last U.S. military horse cavalry and Native American rituals into his epic story. At the same time, the novel is firmly grounded in the often mythologized 1950s: exposing the racism, misogyny, emerging youth culture and, above all, the drive toward a shiny, new, homogenized economy, at any cost. A love song to the Western frontier, Painted Horses is a new, truly American, work of art.