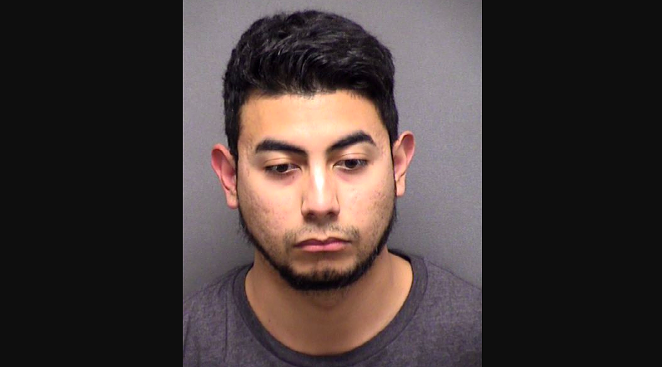 Bexar County Jail
Police have picked up a San Antonio man after multiple women accused him of exposing himself at a local park.

Police arrested Andres Arredondo Wednesday nearly a month after reports of a man flashing "several females" at Friedrich Wilderness Park. Police responded to the scene October 17, the day of the alleged incidents, and interviewed multiple witnesses who described the unwanted exposure.

The women told authorities that Arredondo had followed them while they walked at the park, then pulled down his shorts and stared at them.

Park employees were able to snap photos of Arredondo's vehicle before he fled, according to arrest affidavit obtained by KSAT. Those photos allowed police to track down the suspect. Witnesses from the park later identified Arredondo as the flasher in a photo lineup, authorities say.

Arredondo has been charged with indecent exposure. His bail was set at $1,500.