Jade Esteban Estrada
On June 8, the City of San Antonio held runoff elections in three city council races in addition to the mayor's race. Seats for Districts 2, 4 and 6 were still up for grabs after no candidates in these races were able to secure 50% of the vote in May.

At the end of the night, women ended up acquiring all three seats. The result led to the council being made up of six women and five men, making it only the second time in the history of the city that the council would be women-led.

"It's amazing... I'm excited to serve on a female-led council," said District 6 Councilwoman Melissa Cabello Havrda. "I'm excited that the city elected us, and it shows the trust that they have in us to make the city a better place to live, work, and play."

Growing up in the Silver Creek Neighborhood, Havrda is a native of San Antonio who has proudly lived in District 6 her entire life. She attended Timberwilde Elementary School, Zachary Middle School and graduated from Taft High School in the Northside Independent School District.

Havrda knows that without her strong local education, she wouldn’t have had the opportunity to pursue a life of service to the community that raised her.

"Having this San Antonio education allowed me to learn not only what I needed to, but learn more about the city as well and what I could do to help it."

While working on obtaining her degrees, Havrda began her political career as a special assistant to former Mayor Ed Garza. She also went on to serve as project manager to Mayor Emeritus Lila Cockrell and former Councilwoman Bonnie Conner at the San Antonio Parks Foundation.

"I learned so much from those experiences, and they continued to fuel that drive that I had to help people and help the community in some way," she said.

In continuing her dedication to her community, she joined Heard & Smith LLP in 2008, representing clients in social security disability claims. She is now a small business owner, operating Casner and Cabello Havrda, PLLC with her law partner Adam Casner.

Actively engaged in our community, she is a proud graduate of the inaugural Latina Leadership Institute through the San Antonio Hispanic Chamber of Commerce. She currently serves on the SAHCC’s Government Affairs and Business and Economic Development committees. Havrda is an alumna of Leadership San Antonio Class of 41 through the San Antonio Chamber of Commerce, and also serves on the board of the Magik Children’s Theatre, the board of Community House Resource Partners and the MoveTexas board of directors.

For the past 20 years, she has also been heavily engaged with her Home Owners Association and church community. Rooted in her strong desire to give back to the students of San Antonio, she also teaches government and community relations at Northwest Vista Community College.

Havdra’s interest in public service began as a child. On a walk with her grandfather, she noticed there weren’t any sidewalks on a particular street. When she asked why, her grandfather replied, “Porque no les importa. They don’t care about us.”

"You did not want to be known as a politician because of that reputation, but I wanted to change that perception and let the community know that they are heard and that they can go to their local government with their concerns," she said.

In the years following that discussion, she would decide to make it one of her long-term goals to allow her community the opportunity to receive its fair share of resources and investment.

After running for City Council back in 2017 and narrowly losing a runoff election to Greg Brockhouse, she decided to try again this year when she heard the news that Councilman Brockhouse was running for mayor.

Property Taxes
"On the campaign trail, one of the biggest things I heard from District 6 residents was property taxes. I am invested in making property taxes a priority for me as a city council member, and I will hold the Bexar County Appraisal District accountable and explore every tool available to protect homeowners."

"The Homestead Act that we recently passed is not the solution, it is a start. We can do more for the citizens of San Antonio, and that act has opened the door to future opportunities to do so."

Growth in the Community
"Another thing I heard from members of the community was concern over the growth in District 6. People don't hate it, but they have concerns about where to put this new development. They don't want all the green-space paved over, they want to keep their natural areas. I am looking forward to helping in the planning and implementation of smart development, one that doesn't displace people who have lived in the district for generations, and one that allows things like parks, walking trails, bike trails to be an option."

Transportation
"Transportation is a big issue for District 6. We have come out of the corner of the city we were hiding in, and become more popular over the past few years, and people love our area. I want to expand on that and allow better ways of transportation through the community to allow both residents and tourists easy access to things that they want to see and visit."

Public Safety
"Public safety is a concern to residents of my district, as crime is a big issue for them. They want to know that they are as safe as possible. Policing is one way to curb that, but I also plan to take a look at the root causes behind crimes like property theft, murders, etc. The mental health of those individuals is important, and being more aware of those problems and finding treatment for them can impact crime rates in the area."

Hopes for First Term
As she begins her first term in office, Havrda is hopeful that she will be able to change things for the better one step at a time. She believes that as the district grows and prospers, everyone should prosper with it.

"I want people to be happy about where they live...When they open their front door, they should feel good knowing that the community around them is thriving in so many ways." 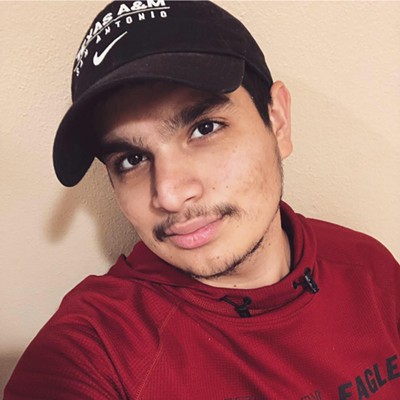