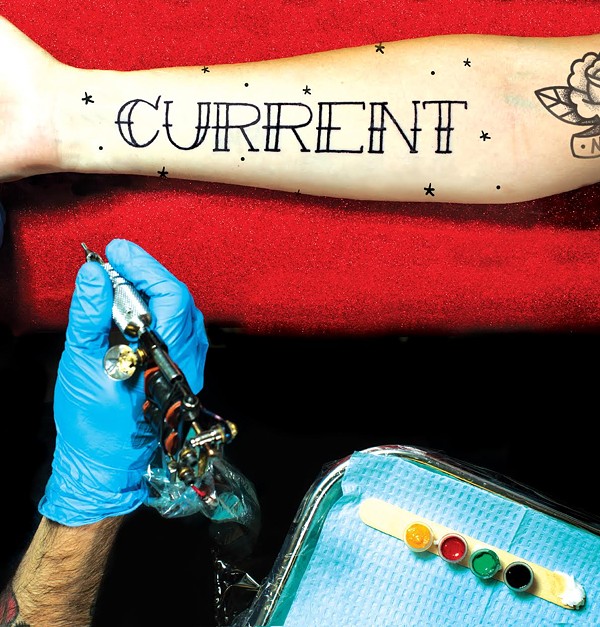 Dylan Donohue has seen the good the bad and the ugly when it comes to tattoos. That’s because, on his journey to success in SA’s tattoo scene, he’s bounced from apprenticing, to laser-removing people’s regrettable ink to, now, working as a full-time artist at a prominent shop here in the Alamo City.

“I’ve seen how devastating terrible tattoos can be to people,” Donohue says. “If I really don’t think the tattoo [a client] wants is a good idea, I’m gonna tell ‘em why, and do my best to get them to come around to a tattoo that they’re gonna be happier with.”

As early as he can remember, Donohue says that he was always drawing, and eventually was put into art classes as early as seven years old, where he started learning how to work with charcoal and pastels. Enrolling in advanced art classes throughout his schooling, Donohue said that drawing didn’t just stop in art class – that even in his other periods, he was “always drawing in the margins of notebooks” with what were mostly Simpsons-style cartoons.

After a bachelor’s degree in marketing later, followed by a stint in the retail management world, Donohue was eager for something a little more fulfilling and closer to his artistic passions. Upon discovering his friend Patrick Thomas had been tattooing for a while at Custom Ink, Donohue secured an apprenticeship and learned the ins and outs of tattooing for some two years. After finishing his apprenticeship, Donohue tattooed at Custom Ink for a few months before landing a job as a laser technician for a tattoo removal company on the North Side. After a few years of removing tattoos, and tattooing on the side, the artist secured a full-time slot at Fortune Brothers Tattoo Company, where he’s been mastering his craft for a little over a year now.

“When I first started tattooing, I didn’t really know what to expect,” he says. He’s since slid into a favorite style, known as American traditional, which was popularized in WWII and has grown more popular in recent years. “I think my OCD and needing everything to be in order is why I like traditional tattoos so much,” Donohue says.

For Donohue and other artists, learning the trade isn’t just technique and finding and developing a style. Early on, Donahue found the customer service aspects of the job were just as important – communicating with clients, asking them questions to really figure out what they want, and helping them pick a tattoo they’ll be happy with and “hold up” over time.

Now with five years of experience putting needle to flesh, this is his advice for any young bucks interested in pursuing the art of tattooing as a career: “Get a real apprenticeship with a veteran tattoo artist that’s been in the business for a while and knows what they’re talking about,” he said. “Then listen to everything they have to say.”